Snowprint Studios announced its latest release, Warhammer 40,000: Tacticus, will launch a brand new faction available to all players on September 18th. The Aeldari, a technological-based faction, will launch for the public to celebrate the successful PvP tournament held recently, which saw over 38,000 participants.

The first two Aeldari characters launching ahead of the rest of the planned roster are Calandis Tawaren and Aethana Barantharal. Calandis is a stealthy ranged unit who intends to be quite a slippery little unit, disappearing in a flash before popping up across the map to snipe her enemies.

Aethana, on the other hand, is a strategic leader unit who will lead the charge ahead of all of her teammates. With buff skills, strong melee abilities, and a ton of health, this one is quite the tank for your roster. Both of these units will be available right away, with more Aeldari characters in the plans for the future of Warhammer 40,000: Tacticus. 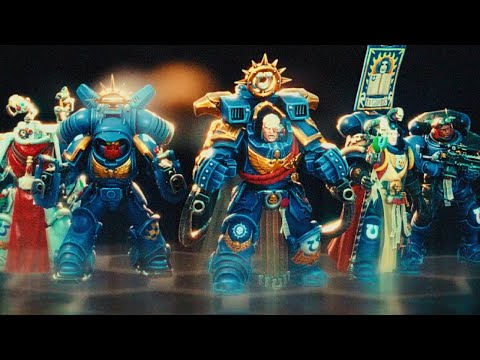 In even better news, there’s yet another PvP tournament that’s planned to launch on September 22nd. The information regarding this upcoming event will be available in-game, but if you’d like to, you can also take a peek at it right now on the official website. It’s primarily based around the new Aeldari heroes, and winners will earn the chance to grab Combat Patrol boxes, painted real-world miniatures, and other various pieces of swag.

Warhammer 40,000: Tacticus has been quite successful since launch and judging by all these tournaments and new updates, it’s not planning on stopping anytime soon. If you’d like to check it out yourself, you can download it for free at either of the links below this article!

Looking for more mobile games that emulate that lovely tabletop action? Check out our Top 25 best digital board games for iOS!
Next Up :
Millistar Raiders, a new comedic idle RPG from Super Planet, begins pre-registration