Polyptik’s Vrombr is the world’s first remote reality racing game for mobile devices. In simpler terms, the game allows players to control real-life, scaled-down cars, remotely. It allows a total of thirty players from around the globe to participate in a single race, with their smartphones.

To play the game without any issues, the developers recommend a 5G connection since this type of network provides very minimal latency, meaning the players shouldn't have any ping spike issues while getting matched with other players. Although, players with 4G and a WiFi connection can still join games and race.

The game also provides a true track experience by including all the elements you'd expect to find from racing. Starting from upgrading the vehicle, improving the engine, and enhancing the vehicle’s track performance. 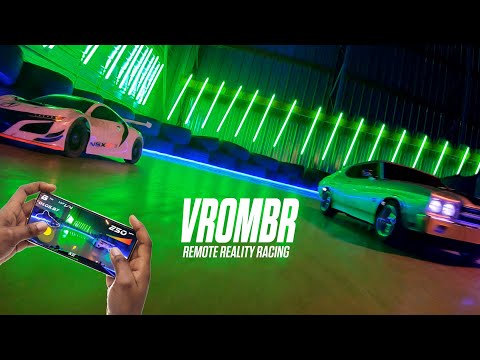 With a 24x7 online guarantee, the game has 5 different tracks with 5 types of cars to choose from. Each track and car has its own unique stats. The best players will be able to participate in esports events that promise massive cash prizes.

As the tracks will need a power source to work, they will be powered by renewable energy sources to lessen the hazardous impacts on the environment. Along with these amazing features, Polyptik has brought in Alexandre ‘Asix’ Arnou, a 2x world champion on Forza Motorsport and Rayan ‘Miura’ Derrouiche, world champion on Gran Turismo to promote it.

On top of that, Vrombr will also be starting its own racing league called Remote Reality Racing League (RRRL). The best players along with the winner of the league will get a chance to tackle with the professional sim racers.

In order to meet the financial requirements, Polyptik will be starting a Kickstarter campaign that will be running until May 20th. The amount collected during the campaign will be used to set up the first tracks and release an alpha version of Vrombr

Be sure to read our list of the best racing games available on Android.
Next Up :
Myst Mobile, a new and improved 3D remake of the legendary 1993 puzzler, is due out sometime in the future on iOS