This week has seen Chillingo's Vertigo Racing steadily overtaking its way to near the front of the App Store (and Google Play Store) grids.

It's a very slick, polished game with a neat 1950s street-racing vibe, and it joins a growing group of racing games that ditch the small matter of steering altogether.

Your car will auto-steer through twisting mountain roads, but you must supply the appropriate level of throttle and braking - as well as ensuring you don't run out of gas.

Still, you might think that affecting the direction of your car is a fundamental part of racing games. But there have been a number of brilliant mobile games over the years that prove otherwise. 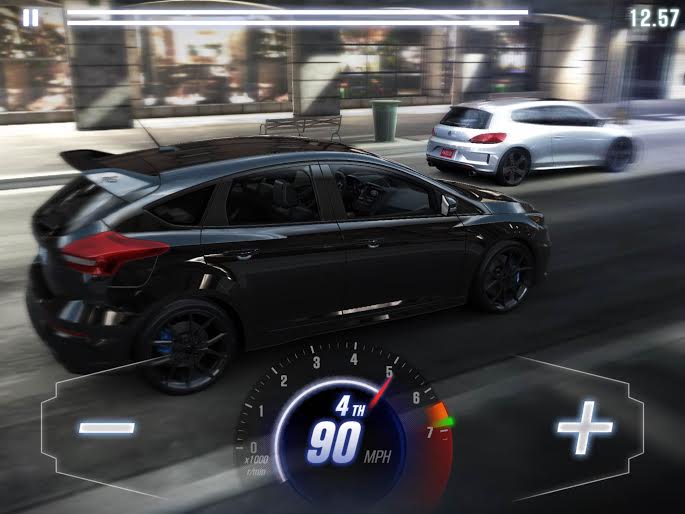 The original CSR Racing was one of the quintessential steering wheel-free racers, introducing the concept of a side-on racer that zooms right and and prompts you to focus exclusively on gear changes and boosts.

This sequel doesn't provide much that's new, but it is a lot shinier and prettier than before. And that's a large part of CSR's appeal. 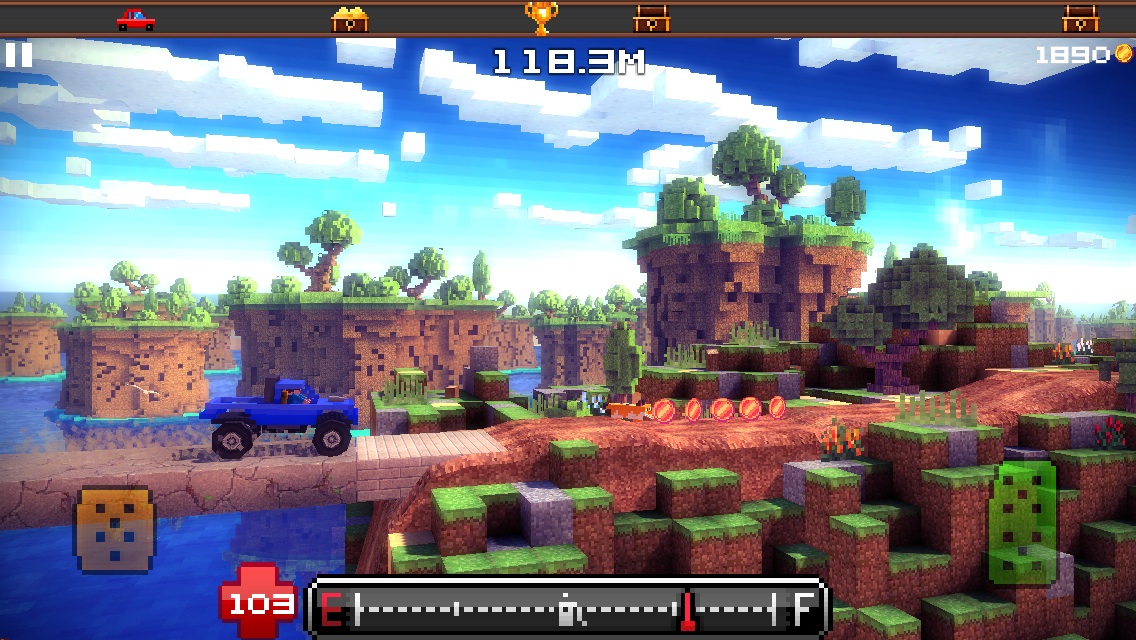 Blocky Roads is a charming side-on racer that tasks you with getting to the finishing line as quickly as possible. But you're not racing against another player, and you don't need to steer.

Rather, you're racing against the limitations of your car in terms of fuel capacity, grip, and power. There's also the crazily undulating track design to contend with, which can easily flip your car over. Race, fail, upgrade, repeat. Marvellous. 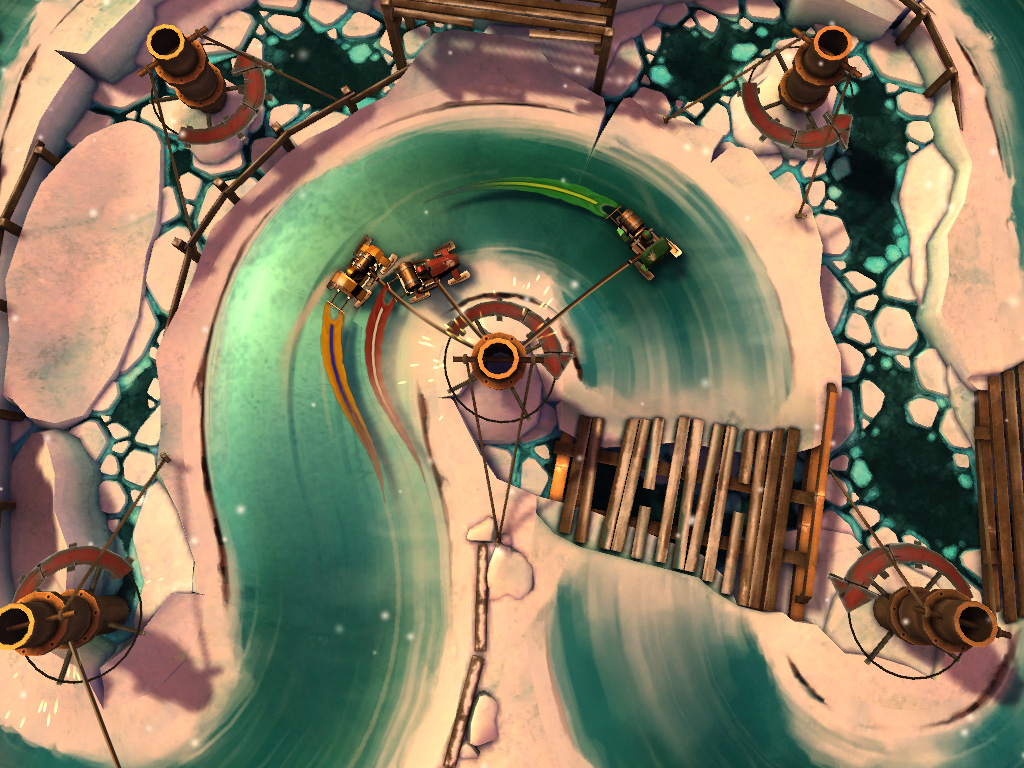 Steering your vehicle with a big wheel is such a bore. Why not fire out a grappling hook and slingshot your way around corners instead? That'd be much more exciting.

That's the premise of Slingshot Racing, a timelessly compelling (and handsome) App Store classic set in an imaginative steampunk world. Nothing else on the App Store plays quite like it. 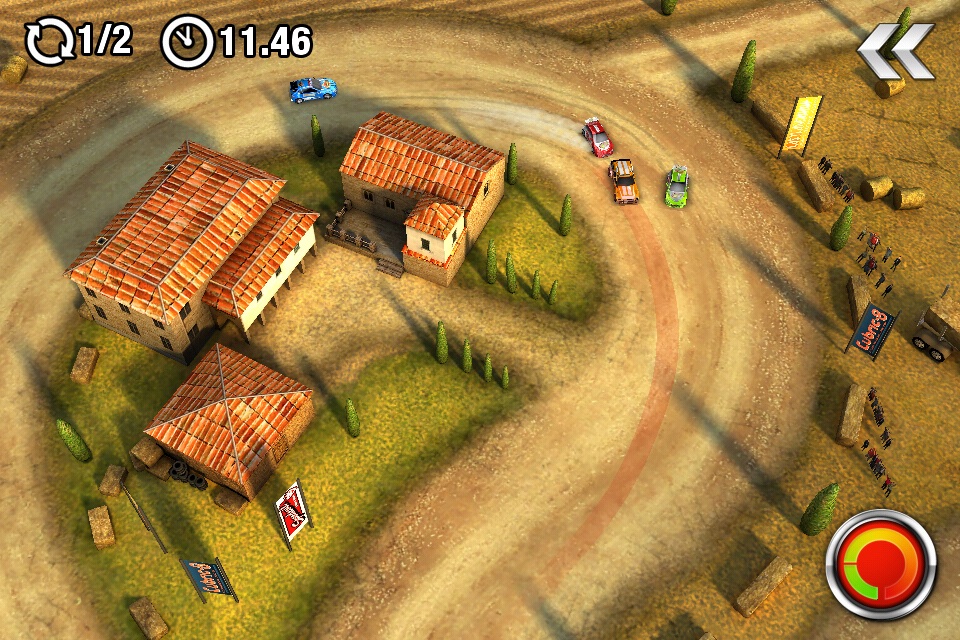 Racing success is typically predicated upon taking the right line around a track - which, of course, requires deft steering. DrawRace 2 finds a different and very literal way around that.

In this game, you literally draw out your racing line ahead of the race, speeding up the sketch for the straights and slowing down in the braking zones. You car will then follow your path, physics permitting. It's still one of the cleverest racers on mobile. 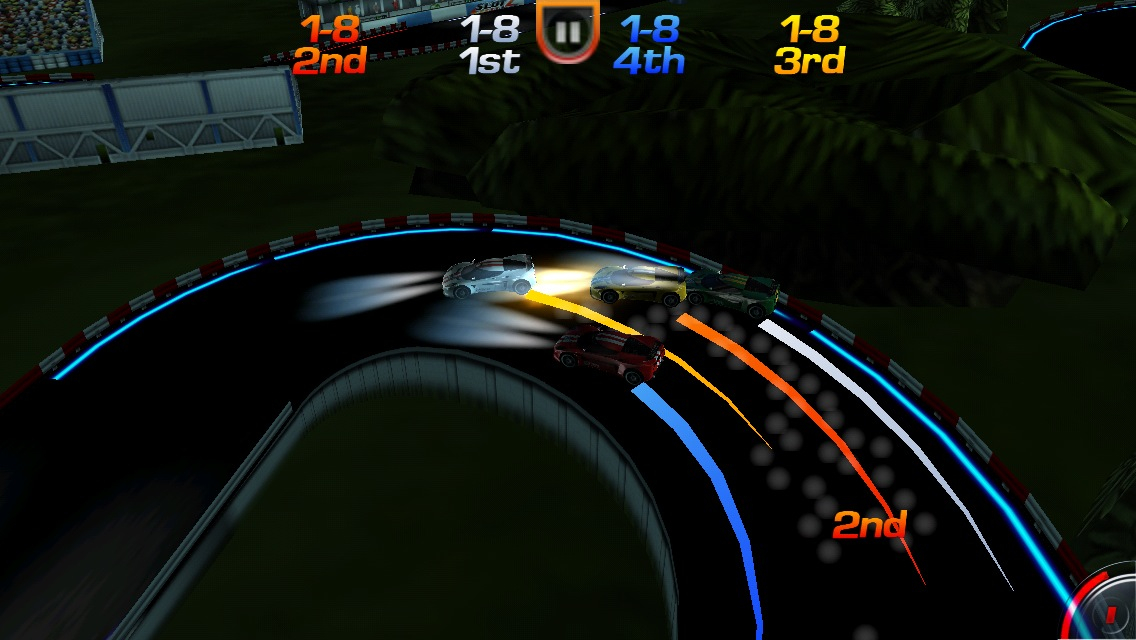 The original steering wheel-free racing game, of course, was Scalextrix. But that's expensive and space-consuming and it takes ages to set up.

There's really no need to bother when you've got SlotZ Racer 2, which transplants the rapid one-button racing model to your phone. Press the throttle in the straights, release in the corners. Simple.