Valor Legends: Eternity is an idle RPG from Century Games that's out now for Android and iOS

Valor Legends: Eternity has been released globally on Android and iOS

Valor Legends: Eternity is a brand new strategic idle game developed and published by Century Games. The game has just been released globally on both Android and iOS platforms.

Valor Legends: Eternity will have players embark on an amazing adventure in the Oasis to fight the Shadow forces. Players can collect unique heroes to help them in their quest to reclaim the Oasis. The game is developed by Century Games, which specializes in farming and tycoon games. Family Farm Seaside, Idle Mafia – Tycoon Manager, and Family Farm Adventure are some other popular games they have produced.

Valor Legends: Eternity will provide players with a visual feast in the form of hundreds of high-quality rendered 3D hero models, who all belong to different factions and boast specific skills. Players will also get to reset those heroes to get back all materials used before at zero costs. The game also allows users to progress even while they are not playing. Other notable features include intense real-time battles, abundant strategies to apply during these battles, and tons of content for exciting adventures and challenges. 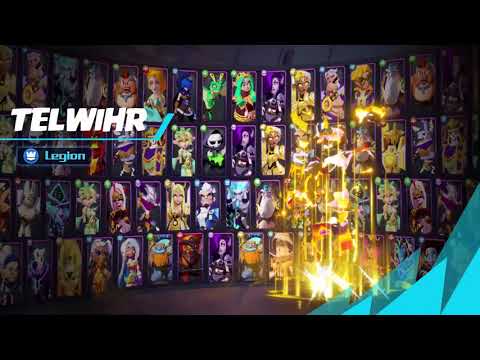 Just before the global launch, Valor Legends: Eternity crossed one million pre-registrations. The developers have announced that all the players who pre-registered for the title will receive a gift of 3500 gems and 5 eternal Summoner's books as rewards when they log in for the first time. Other players don't need to worry as there will be plenty of in-game events to claims similar rewards.

Valor Legends: Eternity will provide gamers with impressive graphics with high-quality 3d models and hundreds of heroes to choose from. The game will also allow players to progress even when they are not playing, which will be welcome news for casual gamers.

At the same time, the inclusion of real-time battles with multiple strategies available to use is a treat for fans of battle games. The presence of additional challenges and adventures also makes the game more engaging for the fans long term and provides diverse experiences.

Looking for more idle games? Check out our list of the Top 10 best idle games on Android
Next Up :
Harry Potter: Puzzles & Spells welcomes the Yule Ball with special rewards and an unlockable Epic Yeti