Valiant Force 2 begins its next phase of closed beta testing, free for players within certain regions

Singaporean developer XII Braves has begun the next phase of closed beta testing for its upcoming mobile RPG Valiant Force 2. The sequel to the extremely popular Valiant Force released back in 2016, this gacha turn-based JRPG series harkens back to some of the classics, and features an immense cast of characters that you’re sure to fall in love with.

Both Valiant Force games share a few mechanics in common. In particular, the Job Selection system and the Aura Grids that players of the original will know quite well will return in the sequel too. 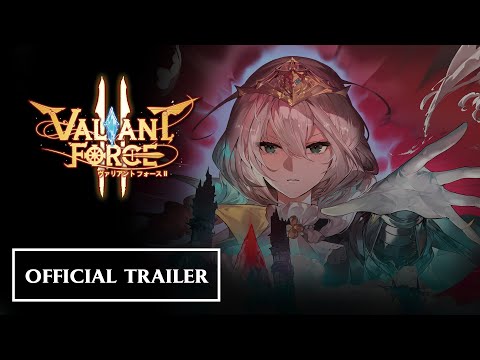 Where the two differ however is in some new gameplay systems introduced within Valiant Force 2 specifically. The primary one is the new terrain mechanics, which will throw out various buffs and debuffs depending on where your units are within the terrain placed on each battlefield. Add on the new tactical movement system too, and battles will be playing out a bit differently than in the original game.

Of course, Valiant Force 2 will also feature an abundance of new characters for you to meet and collect in equal measure. The cast of the original title was already quite vast, but the sequel will expand upon that in a big way, introducing plenty of new unique heroes for you to add to your team and utilise each of their skill sets.

As for this closed beta test, this will mark the second phase of testing that XII Braves has performed - and it has already begun as of this article’s writing. This test will give you a taste of what the full release of the anticipated sequel will include, and lets you familiarize yourself with the new battle mechanics as well!

If you’re looking to take part in this test yourself, you can currently do so through the Google Play Store exclusively until December 1st, as long as you live within Singapore, Malaysia, or the Philippines. In the meantime, the rest of us will have to stay tuned for an official release date.

Looking for more of that sweet turn-based goodness in your pocket? Check out our Top 25 best JRPGs for iOS!
Next Up :
Mergeland - Alice's Adventure launches the Harvest Festival event, including plenty of new cosmetics