Line Games’ upcoming hack & slash ARPG Undecember has officially opened its gates for pre-registration. The game will be launched in South Korea first, on January 13th, 2022, with the rest of the world gaining access later on. Currently, everyone can pre-register. Check out the newly released showcase that outlines Undecember’s journey after the first beta test as well as a roadmap for future updates below. 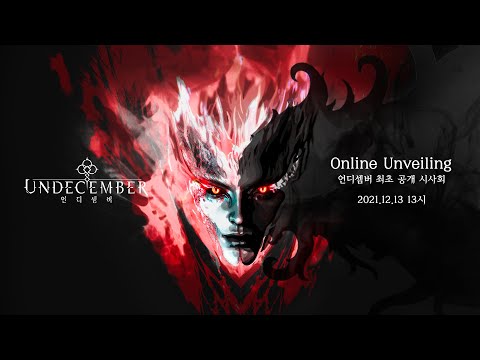 Set in the dark fantasy land of Traum, players will embark on a perilous journey to stop the Evil God Serpens. Long ago, 12 beings arose from a void to create Traum. Peace lasted for centuries until a 13th God – Traum – appeared and proclaimed himself the Evil God. A battle between good and evil ensued and it ended with the 12 Good Gods falling into an eternal slumber. It is up to the descendants now to stop Serpens’ reign.

Director of Undecember, Inyoung Koo said: “UNDECEMBER was crafted with a goal for making a ‘fun’ game, along with feedback from passionate fans. We will strive to deliver satisfying and memorable experience for all players diving into the world of UNDECEMBER.”

Undecember aims to break the shackles of standard RPGsby allowing complete customization in accordance with personal playstyles by allowing for millions of different gear and Rune skill combinations. With all newer RPGs, only having a single-player campaign mode just doesn’t cut it. Undecember will also feature multiplayer modes like Chaos Dungeon, Raid, Spire of Barrier, Crusade of Glory, and Guild War, which will feature group as well as PvP battles. These modes will slowly trickle into the game via continuous updates.

The game will also feature a battle pass consisting of exclusive in-game items, cosmetics, and convenience features that will all be available for a premium. It will feature cross-play and controller support so players on Android, iOS and PC can all battle together.

Pre-register for Undecember now on the App Store and Google Play.

Also, check out the top RPGs for mobile!
Next Up :
Play Together’s latest update covers Kaia Islands in snow and adds new content