Sponsored Feature: Natty Ride on doing the twist with TwisTime on iOS

A twist on the usual puzzle conventions

Developer Natty Ride believes that taking an unconventional approach with its latest match-three title TwisTime will help it stand out in an oversaturated market.

This Romanian indie studio thought that change was needed in the match-three world and wanted to push the boundaries, while still keeping some of the traditional aspects of match-three games that dedicated fans of the genre know and love.

The result is a retro-style steampunk creation that combines Retina display-ready 3D graphics with an eerie industrial / electro soundtrack. TwisTime is, therefore, about as far removed from the cheesy and charming puzzle game stereotype as you can imagine.

We spoke to Mihai Dascalu at Natty Ride to find out about what we can expect from the studio in future, and about the team's inspiration in, and creative processes behind, producing TwisTime.

"The 'lite' version of TwisTime includes one game mode (Time Trial) in which you try to achieve the highest score possible in two minutes," Dascalu says.

"The 'full' version, however, includes another four game modes: Classic with no time limit, Survival mode (which rewards fast thinking), and the two Combos."

"To keep people interested, we introduced the Combo gameplay mechanic, which we consider unique," Dascalu reveals.

"In classic match-three games, there are times when it doesn't look as if any further moves are possible. This is where TwisTime is different, with Combo 20 and Combo mode being available as your 'bailout' move."

By using Combo 20, you can gain extra points and can take a "shortcut" to finish. And by employing successful switches, you can generate a cascade of matches - in other words, a domino effect.

On the other hand, Combo mode is about testing your endurance: you have to reach 25,000 points in order to gain another combo - best saved for times when there are no more matches to be made using a single move.

Getting in a twist

If you're logged into OpenFeint while playing TwisTime, you can unlock up to 24 new achievements, with players having to reach a certain level of performance in order to gain access to them.

OpenFeint is a great way to connect with players and showcase their high scores and special achievements across a range of devices and platforms. Natty Ride realises that this social gaming element of TwisTime is key to its long-term success, for it helps the game's audience grow through word of mouth and brand visibility.

Furthermore, TwisTime sports multi-language support for 16 languages, which allows the game to reach out to a truly global audience.

So, with all these cool features, what part of the game is Dascalu and his team the most proud of?

"We're very happy with the 3D feeling of the game," Dascalu says. "As well as with the exquisite soundtrack and the new game modes, which are a Natty Ride trademark."

Natty Ride isn't resting on its laurels, though, and is looking to serve up plenty of additional content for TwisTime and to expand onto other platforms.

"We're currently working on updating TwisTime. We will introduce new looks, sound elements, and several new game modes. The PC / Mac version of the game will include more features, both in terms of graphics and storyline."

Finally, we asked Natty Time whether it had any plans on developing TwisTime for any other mobile platforms, such as Android or Windows Phone.

"Yes, the porting of the game across to Android is well underway," Dascalu says, "We expect to launch the Android version imminently. The desktop version of TwisTime should be available sometime in the near future."

Check out the trailer for the game below. 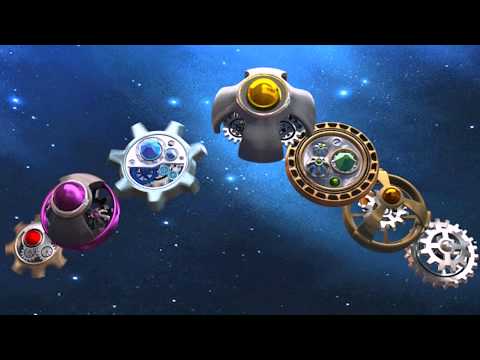