Have a little Patience

Solitaire (or Patience) has been around since duelling was commonplace and toilets were only for Georgian hipsters. And if a card game ain’t broke, why fix it? Instead of trying to reinvent Solitaire, developer Eper Apps has given us two solid takes on the classic game for Android.

The first is Spider Solitaire Story. Eper Apps has built a charming narrative around classic Solitaire featuring a spider bachelor pining for his eight-legged beau. As you unlock stages, you get a little closer to your maiden Spiderette, but it’s all at a relaxed, meditative pace. No rush. 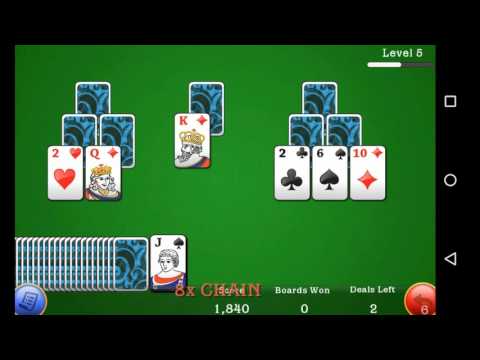 The second app is Classic Tri Peaks Solitaire. TriPeaks is a variation on the original game invented in the 1990s, and challenges you to clear the peaks of three overlapping pyramids of cards.

The developers explain why you should give it a try

What do you feel distinguishes your games from other similar solitaire titles?

Our card games are unique because they feature a classical game play and they are specifically designed to appeal to an older audience. Our first beta testers are always our parents: they really like to play card games and they give genuine feedback during the development process. This helps us to build a card game that suits their taste. Basically you could say that we are making games that our parents would love to play and it resonates with a wider audience.

From the development point of view, I believe that another reason why our card games are successful is because the programming behind each game is outstanding - we take performance optimization and crushing bugs really seriously. Also we can quickly and easily cater to specific user requests. Sometimes the players ask for a new feature and because we are an indie studio, we can roll out that change in the next update of the game. Players seem to love this about us. 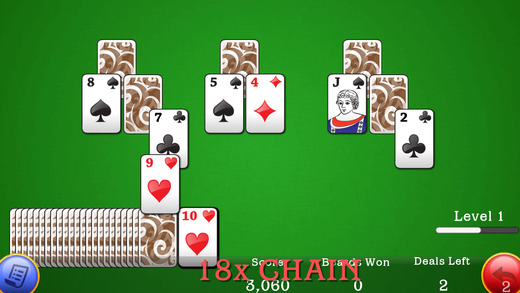 The most difficult challenges that we face during the development process of our card games are most of the time related to the fact that our parents are testing the game and requesting changes that seem unimportant for us that are hard to implement. But we learned that we need to make these requested changes in order to make the game more appealing to players. If a game feature is important to them, then it is important for us too.

On the other hand, during the development of TriPeaks Solitaire my wife still had a corporate day job and had very little free time to do the graphics for the game. We didn't want to delay the roll out of the game because of this, so we came up with a solution: we ended up using the same card decks that she designed for our previous card game Solitaire Classic. This way she had less new design to do for TriPeaks Solitaire, and we finished the game as planned. However, new custom designed card decks were added to the game later on in updates, when she didn't had such a busy schedule at her day job. This turned out to be not such a bad move from our side, because the players loved that they could start to play a new game with a familiar cars deck, and later they got introduced to new card decks! So everything turned out way better than expected.

We are planning a few adjustments for the user interface for our card games in order to improve user experience. Since a lot of our users are of age, we are planning on introducing some features that could make their experience better. We also plan on adding a daily challenge to the games that don't have one. 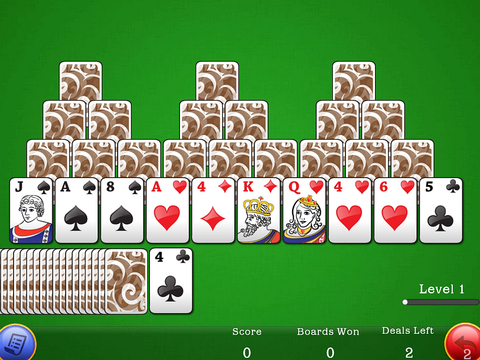 The card games were developed by me and my wife. I am most proud about the fact that I managed to write "pretty" code and improve the overall performance. With TriPeaks Solitaire my wife is most proud about the golden wild card that she designed. We talked about introducing a wild card in one of our updates, but I really just mentioned it to her. The next day she came to me telling me that she had this dream where there was a giant golden Joker card constantly following her around in her dream. This is how the golden wild card was born!

Actually this is exactly why we love making games together: sometimes one of us pops up an idea, and the other one goes away, and you are left there thinking that maybe it wasn't such a great idea. But then the other one comes back with a working prototype and has already made an idea into reality. This is why I love developing games as an indie developer.

So if you want to test your Patience, you can download Spider Solitaire Story and Classic Tri Peaks Solitaire for free from Google Play.