Torchlight: Infinite begins pre-registration on Android and iOS as the open beta launches in October

TapTap’s recently concluded event, TapTap Presents, showcased multiple games of which X.D. Inc’s highly anticipated Torchlight: Infinite was included. The developers gave eager fans a good look at the upcoming hack and slash ARPG through the brand new trailer that is embedded below. Additionally, pre-registrations have also opened up for iOS, so everyone can sign up for the game. 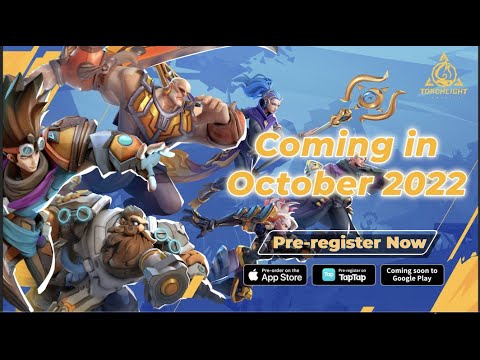 Closed beta tests have been ongoing for a while but now that pre-registrations are open to everyone, players will be able to start testing out Torchlight: Infinite as the dungeon crawler’s open beta will officially launch in October. While the title may still have some chinks in its armour, all those who just can’t wait can hop right into the latest edition of this fine series.

Torchlight: Infinite’s latest trailer allows everyone to see what the game has to offer. It gives players a brief introduction of the characters they can expect such as Gemma, Rehan, Youga, Carino, Moto, and Thea. There will be three different hero traits, a six gods talent system, and an extremely intricate skill system. It is a highly customisable system where each move can be modified to suit a playstyle and deal specific types of damage. Read more about the game’s 230+ skills in our recent article.

Infinite will more or less stick to the franchise’s lore, while also giving players a fresh new story set in an apocalyptic world where danger and chaos rule. But all is not lost as there is a group of heroes who are on a mission to clear all this darkness and save all the innocent people. Where the Aemberons wish to take over what’s left of the world, the Sparks light the fire that brings hope to save it.

Pre-register now for Torchlight: Infinite on the App Store and TapTap. The Google Play page should go live soon.

Also, check out this list of the best ARPGs to play on mobile!
Next Up :
Vahn's Quest lets you enjoy infinite hero growth, out now on iOS and Android

Torchlight: Infinite is hosting its third and final closed beta test in the next few days

Torchlight Infinite best builds - Gear up right from the start