My inaugural piece for Pocket Gamer was a list of great introductory board game apps, for greenhorn die rollers. I picked ones that were cheap to buy and easy to learn.

But you're now ready to graduate to the real deal, with complex and involved games. But don't worry - even the most Byzantine games come with excellent tutorials and in-game guides.

So while many of the picks on my original list are excellent, here’s the unfettered cream of board game conversions. Titles that have caused me to sit for hours before my black mirror, worshipping at these temples of dice and cards.

I’ve lost vast amounts of time to these things, time I could have spent learning Esperanto, building a gazebo, or playing actual board games with real people instead. Don’t say you weren’t warned. 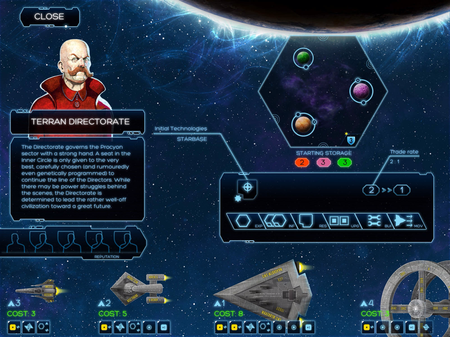 At first glance, Eclipse might look like one of those classic space empire titles that have made a comeback on iOS, in the shape of games like Ascendancy and Starbase: Orion.

In fact, it’s such a good imitation that you’ll forget it’s a board game and get caught up in the velvety swirl of technology trees, exploration, and titanic space battles.

But it is a board game. It's superbly deep and challenging, and it's quick and easy to set up an online match with pals, so you'll be slaughtering their units and stealing their territory in no time.

Pandemic: The Board Game
By F2Z Digital Media - buy on iPad 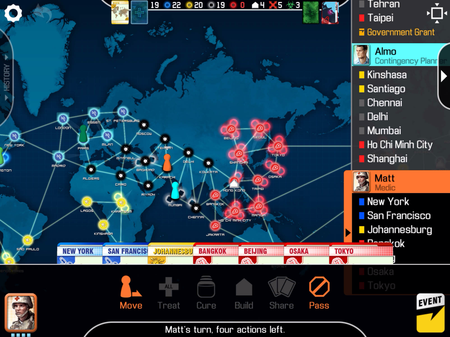 Ever fancied watching the world being ravaged by a hideous virus? Then Pandemic is for you, you sick freak. You can play solo or co-operate with friends, sending your variously-powered agents around the globe to fight the infection.

What really sets this game apart is its explosive outbreak mechanics, which are chain reactions that cause disease to spill over into adjacent city after city. It means the situation can instantly go from calm to brown-trouser time if you don’t watch what you’re doing.

Carcassonne
By TheCodingMonkeys - buy on iPhone and iPad 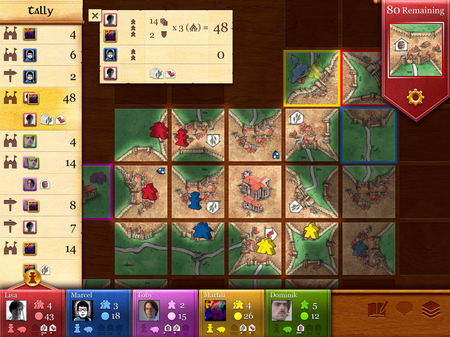 Considered the pinnacle of iOS board gaming back in the days of iPad 1, Carcassonne still stands up well today. That’s partly down to the smooth accessibility and rich features of the app. But it’s also due to the game itself.

It’s a tile-laying affair that looks like an exercise in collaborative art. But it hides a layer of malignant strategy where you pack roads and towns with your followers and then bend them backward to steal those populated by your opponents through sheer weight of numbers. 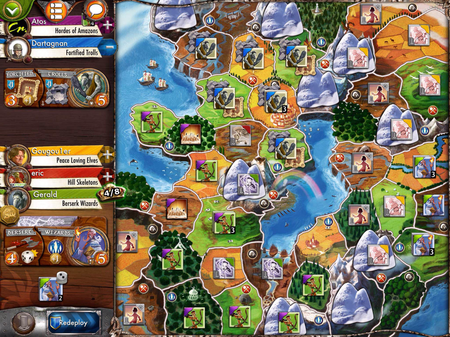 It might only be a Small World, but you’ll get the chance to conquer it over and over again with a mind boggling array of different race and power combinations, leading to huge replay value. Flying Ghouls, Aquatic Sorcerers, even Historian Trolls: it’s all here.

It helps that it’s a cunning take on the usual world conquest game where you command a series of civilizations in discrete turns, leading to a game that works quite brilliantly when played asynchronously with friends or strangers.

Agricola
By Playdek - buy on iPhone and iPad 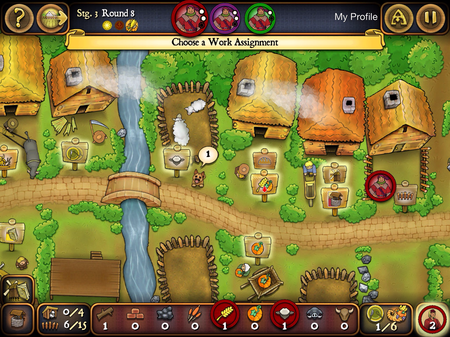 Agricola is a medieval farming simulator. In the game you’ll sow fields, weave baskets, mend fences and even bring a whole new meaning to the term “animal husbandry” by keeping a sheep in your bedroom. Yes, really.

It might not sound much like a game, but it manages the rare feat of being both richly engaging and strategically deep. Some people think it’s the best board game ever designed. Now you can find out for yourself with this cheeky implementation, replete with happy dogs and bouncing chickens.

Warhammer Quest
By Rodeo Games - buy on iPhone and iPad 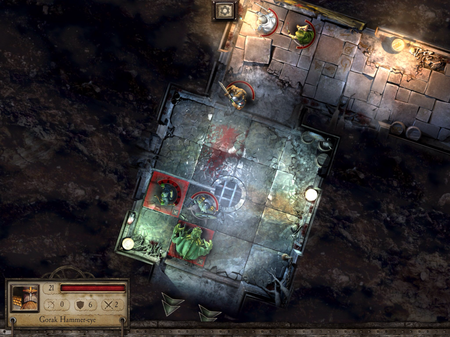 The app store is bulging with cheap dungeon crawlers and rougelike rip-offs, most of which aren’t even worth their tiny asking price. This one ain't cheap but is certainly worth its slightly elevated cost, and it might be worth pitching in for some IAP too.

Lush retina graphics bring eerie dungeons and forgotten tombs effortlessly to life, and a varied ecosystem of characters, monsters and treasure combine to deliver a little strategy and a lot of thrills.

Ticket to Ride
By Days of Wonder - buy on iPad 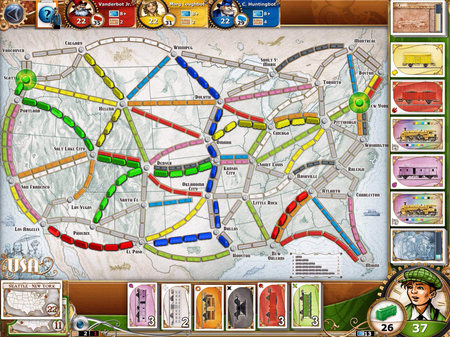 I put this train-based, Rummy-like, feud-causing family favourite on my previous list because the pocket version, meant for iPhone only, is cheap and terrifyingly addictive. But I felt compelled to include it twice because it’s such a great game for the format.

Besides, this is the more expensive HD version for iPad which looks brighter and crisper, is easier to use, and has most of the best expansions and variants available as IAPs for even more neck-throttling family fun. 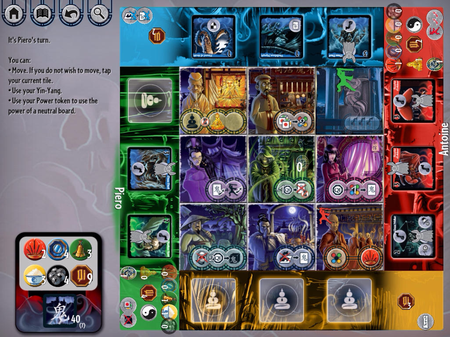 It mixes careful strategy and unpredictable randomness with success. And it has a choice of player powers, cowed villagers to ask for help, and a terrifying array of incarnations for Wu-Feng as the final baddie. It also happens to be viciously difficult. 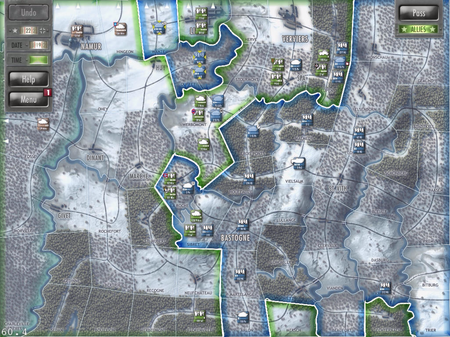 I’m cheating a little here. While Battle of the Bulge is technically a board game, it went to iOS first. And the only people with physical copies are a few fans who backed the kickstarter.

But it’s so good I felt it deserved inclusion. A compelling strategy game with agonising decisions and so much historical flavour you can almost hear the tanks crunching through the snow. Solo play pits you against AI’s based on real generals, and the brilliant gamecenter integration for taking on your friends is a delight.

Stone Age
By Campfire Creations - buy on iPhone and iPad 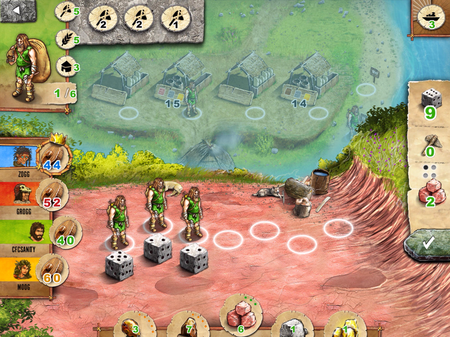 Stone Age has one of the daftest themes in all of board gaming: primordial tribes competing for victory by jostling for space at the communal copulation shack and trying to plate their mud huts with gold.

But while the physical game annoyed the hell out of me, I’ve got confess that it works well as a quick-fire solo game on iOS, and this is a brilliant implementation with flavourful presentation and a smoothly intuitive interface.

Top 10 boardgames we want on iOS and Android