Coded [ ] Art has announced the upcoming release of Tireur De Couleur, a colourful action game with minimalist visuals. Coming to iOS devices on February 3rd, the game features action-based gameplay with intuitive controls players can get into without a UI.

In Tireur De Couleur, players can expect to engage in innovative gameplay as they navigate through this colourful endless space shooter. There will be infinite levels where players will need to hunt down opponents and pick the most efficient weapons in order to survive for as long as they possibly can. In order to hit that high score, you'll have to kill as many enemies as you can as well as choose the right colour in order to get rid of your foes. 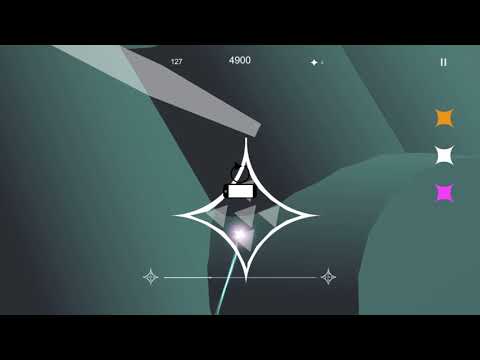 Levels are procedurally generated, and refueling has an added mechanic of rotating your device at the right moment. Navigation is also simple enough with intuitive two-finger controls. All this is set in a vibrant and abstract world where shapes and shades collide.

Pre-orders for Tireur De Couleur are now open on the iOS App Store. It's a premium title that costs $1.99 a pop or your local equivalent, with no ads or in-app purchases. You can head on over to the official website to stay updated on all the latest developments, or take a little sneak peek at the embedded gameplay trailer above to get a feel of the colourful title's vibes and mechanics. From the video clip, it does look to be a visually pleasing game with a funky soundtrack you can enjoy while on the go.

Are you on the hunt for more arcade titles that will put your skills to the test on your mobile device? Why not take a gander at our list of the top 15 best arcade games for Android phones and tablets?