The Shapeshifter, a new Game Boy release, is getting a Kickstarter next week

It puts you into the shoes of Elliot, an ordinary person on a weekend trip to the mountains, who meets an elf that grants him the power of becoming any animal he touches. This is part of the regular gameplay loop, where touching animals will allow you to transform into them to allow you to save the world. 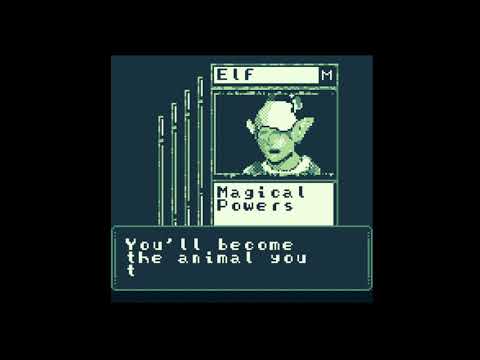 Sporting animated pixel-art graphics and more than four hours of gameplay, The Shapeshifter looks to be another new release in a recent trend of revitalising the classic Nintendo handheld.

The Shapeshifter’s Kickstarter begins on 18th January, where users can pledge money to help fund the game’s development and release, and subsequently receive rewards depending on the amount they donate. The game will also be available on Green Boy Games’ website, but there will also be 100 limited edition units with a unique number and signature exclusive only for Kickstarter backers.

On January 18 we will launch a new game on Kickstarter!
The Shapeshifter I - Become the animal you touch! https://t.co/d06NgxfAoi pic.twitter.com/bWeMHxsqNB — greenboy_games (@Greenboy_games) January 10, 2021

It’ll be available in a cartridge packed in a box with a manual and original cover art, and will be compatible with all Game Boy devices. That means you can play The Shapeshifter on Game Boy, Game Boy Color, and Game Boy Advance.

As an added bonus, if the final stretch goal of €40,000 is reached on Kickstarter, the game will also be ported to the NES.

Check out the Kickstarter for The Shapeshifter now by going to the official page here.

Do you want to play an RPG released on a more recent device? Read our list of the best ones available on Android.
Next Up :
Summoners War Chronicles gets an official release date for Korea