You didn’t read that headline wrong. There really is a new game out on Game Boy in the year of our lord 2020. Indie retro studio Green Boy Games has released Where Is My Body? for Nintendo’s Game Boy systems today.

Inspired by classic ‘90s adventures such as Maniac Mansion, Where Is My Body? is an 8-bit classic point and click adventure about a disembodied hand that gains consciousness thanks to the wild experiments of a mad scientist. Through the game’s many levels, you must help the hand solve mysteries and puzzles in order to help it reclaim the rest of its body.

Where Is My Body? is available to purchase in both Western and Japanese cartridges, each packed in regional specific boxes with a manual. It’s compatible with each of the Game Boy consoles in existence: the Game Boy, Game Boy Color, and Game Boy Advance. The game was funded on Kickstarter earlier this year where 377 backers pledged €24,231 to help make the project a reality. 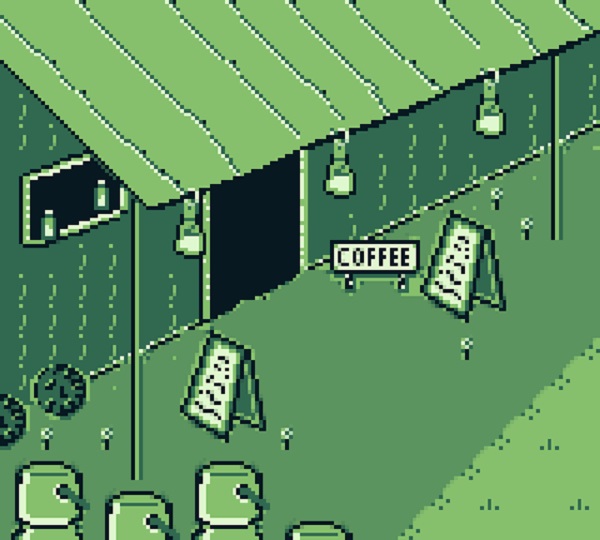 Green Boy Games is run single-handedly by Dana Puch, creator of other modern cartridge-based games such as Micro Doctor, Lunar Journey, Submarine 9, and Leo Legen. “I would like to thank backers and friends who continuously support the titles which I create”, says Puch on the release of Where Is My Body?.

Every game sold by the studio is distributed in these physical cartridges that run on the original hardware, since it’s in the studio’s plan to keep the spirit of the legendary handheld alive. Considering production of the console ceased in 2003, I'd say this is quite the accolade.

You can purchase Where Is My Body? for all Game Boy systems directly from Green Boy Games’ website, where it costs €49 / £44.50 / $57.50. Copies will be available until they run to the end of stock.

If you have a keen interest in retro and retro inspired games, we've put together a list of the best ones on iOS.
SEE COMMENTS

Hyperkin's Retron Jr. lets you play any Game Boy game on your TV