Netmarble’s King of Fighters, the hit mobile RPG, will once again introduce two Boss Syndromes, Orochi and Omega Rugal. They were introduced in-game for the first time in December last year. During this second coming, the game plans to test out various new boss-related content and allow players to try them out again.

King of Fighters is an action RPG that brings in all the characters from the original KOF series and delivers intense action and fighting gameplay. After massive success back in December, the game is letting players use them, along with the addition of two new Boss Syndrome fighters. The game will feature these characters from April 29th.

Also, the game has been actively partnering with many famous franchises that include TEKKEN 7, SAMURAI SHODOWN and Seven Knights among others. Orochi is a fighter who inflicts massive damage along with enhancing attack speed with each basic attack. Most importantly, his crit damage increases with each successful combo. 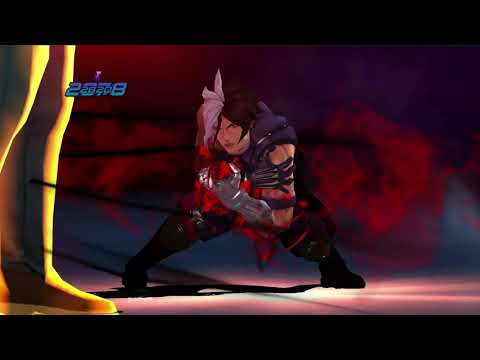 On the other hand, Omega Rugal is a triple S rated fighter who deals massive damage and is quite tanky. He features multiple unique abilities with his leader’s skill being the best. With this particular skill, he can increase the ATK of all ally Fighters by 45%.

To make the return of the two Boss Syndrome Fighters a special one, the game plans to hold a 10,000 Ruby Check-In Event. During this event, players will have a chance to earn up to 10,000 Rubies in total by logging and checking in daily from today until April 29th. Lucky players can also grab the top prize, Boss Syndrome Memory, by collecting the daily login prize for ten days.

On the hunt for a quality fighting game that you can play on your phone? Here are 25 of our favourites for iPhone & iPad
Next Up :
Black Desert Mobile reveals new Drakania class alongside other major updates and announcements