Amass a small empire early with these tips

The Battle of Polytopia is out now and has a brand new multiplayer component. Beautiful! But what’s that, you’re not skilled enough for multiplayer? That’s okay, you have us!

Right here we’ve got a bunch of tips that’ll help you settle in to The Battle of Polytopia and it’s 4x gameplay. Trust us, it’s pretty great!

We also encourage sharing your friend codes in order to get some multiplayer matches going! (Mine is in the comments too!)

Read on for everything you need to jump in to The Battle for Polytopia and get prepped for multiplayer. 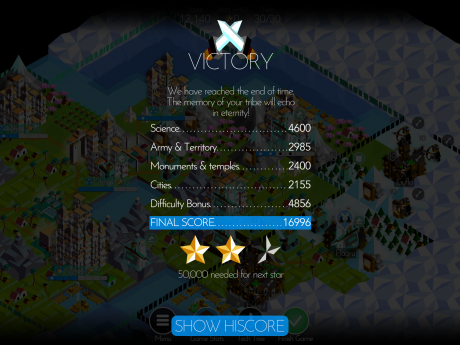 When you first start out in The Battle of Polytopia you’ll want to harvest everything. Fruit, precious ore, forests for lumber, every space possible should be harvested.

All of it will add either population or resources, which will increase the overall amount of things you can do.

As you expand your borders you can have further access to other resources. Make sure to take advantage of everything. 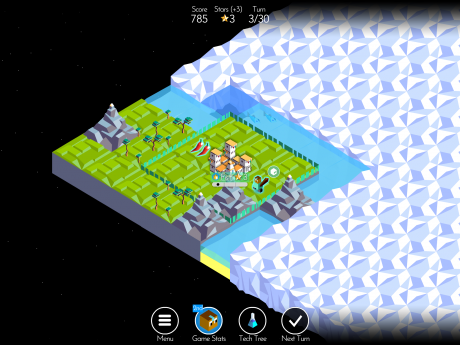 Now that you’ve harvested a bunch of stuff, you’ll find that you can enhance tiles with the groundwork for more buildings. Temples are just the start, and you’ll quickly gain access to more buildings.

Before long you’ll be able to fill pretty much every tile under your control, and we recommend it. Remember that as you gain access to more territory, you can access more tiles to improve.

Thus, exploration is necessary, though in general it is more advisable in the early game to focus on gaining additional resources to quickly improve the land you have at your disposal so you’re in a good position later in the game. 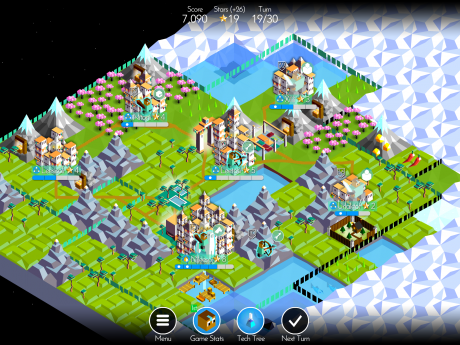 Your tech tree is where you’ll get access to new skills and buildings, and your decisions in this menu should depend on what you have access to.

There’s no point in developing hunting, for example, if you have access to no animals. Same goes for organisation if you have no fruit.

Though, in the long term it’s possible to gain every tech skill in just a 30 round game, and if you’ve expanded rapidly, there’s no reason not to. 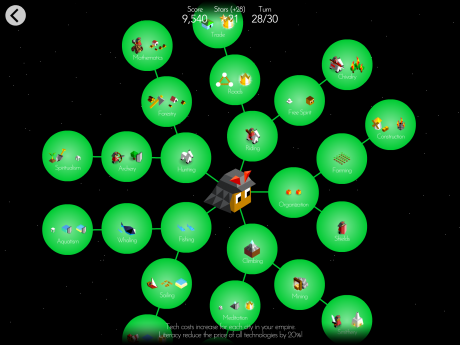 The best way to expand quickly is by taking other cities, and you can do so by finding either small villages to take over, or enemy cities.

Either way, you must walk onto the city tile with one of your units, and then capture on the next turn. That does mean you should be prepared to defend for one turn at least, though.

Taking small villages just requires a basic warrior, but enemy cities are tougher, you’ll need much stronger units to take them on. 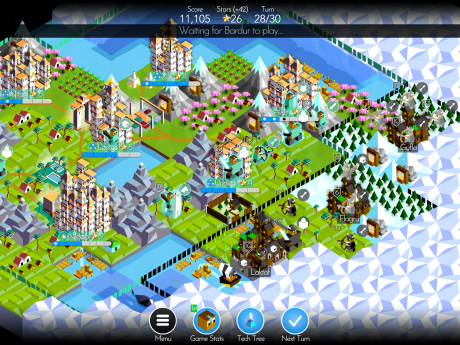 For example, sawmills can be placed next to lumber huts for extra population, same with smithies and mines. You will even get skills allowing you to plant forests, giving you access to even more lumber huts.

Roads are also essential to trade routes and quickly moving your units, meaning you should place roads between cities and essential destinations, such as ports so your units can move quickly.