We've raved about The Battle Of Polytopia before (and it's time to challenge us!)

The popular indie strategy game The Battle of Polytopia has finally got its huge multiplayer update. And we couldn't be more excited. If you're not playing it already, this is the perfect time to get into it - it's free for single player games too, so don't be afraid to dive in. 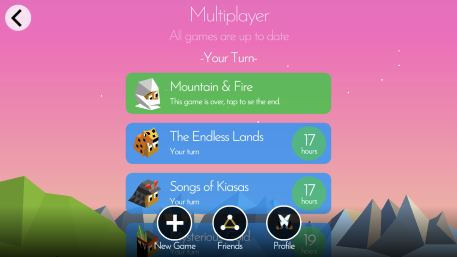 Multiplayer's where it's at now, though. Aside from being the most anticipated update of the game so far it's also the biggest and opens up the universe further than ever before.

I've been playing Polytopia's multiplayer update for the best part of a week now and, genuinely, I think this might be the next big thing on mobile. Absolutely hooked. — Peter Willington (@xeroxeroxero) February 11, 2018

Its online multiplayer runs across both iOS and Android so it doesn't matter who has what device - anybody can play!

It wasn't too long ago that the fabulous Susan Arendt talked about why TBoP is such a great entry strategy game, and it's no secret that a few folks here at PG are huge fans of it.

How do I get my friend code?

Once you've updated your game and click the Multiplayer button you'll be given your very own friend code, so be sure to share it in the comments below. Let's get some turn-based strategy battles going.

Here's one of ours: z0pPfrpTuGR1Flik. Dave Bradley's a beast of a player though, so don't expect victory to be easy.

Next Up :
Fortnite launches Chapter 4: Season 1 with a new map, battle pass, and a tonne of new gameplay features