Midjiwan AB has released a new update for its popular turn-based 4X strategy game, The Battle of Polytopia.

The update brings a new tribe to the game, the long-awaited Cymanti Tribe expansion pack, and is now available across iOS and Android versions of the game as well as on PC. Inspired by real-world plants and insects, you can now unleash giant bugs and poisonous spores as you complete your mission to conquer the world.

The Cymanti are Polytopians that form symbiotic relationships with Ciru bugs that sit atop their heads. The tribe has unique abilities such as being able to command a variety of bugs to follow their bidding, acting as defense and offense units.

“We love challenging The Battle of Polytopia players on Steam with our expansion packs,” says Christian Lovstedt from Midjiwan AB. “The Cymanti Tribe introduces depth and complexity designed to test the game’s most devoted fans.”

You can get a closer look at the new Cymanti tribe by watching the trailer we’ve included here. The expansion is discounted by 20% in its first week of release. 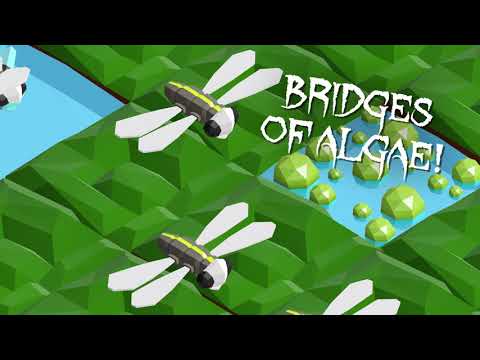 If you’ve never played The Battle of Polytopia before, it’s a turn-based strategy game where you play on auto-generated maps as one of 16 unique tribes. It features 4X gameplay (eXplore, eXpand, eXploit and eXterminate) and has functionality for both single and multiplayer modes. Overall, The Battle of Polytopia has been downloaded 13 million times across mobile and PC.

You can download The Battle of Polytopia now from the iOS App Store and the Google Play for Android store, where it is a free to play title containing in-app purchases. There are four expansion packs available: Aquarion Tribe, ∑∫?ri?? Tribe, Polaris Tribe and Cymanti Tribe that are priced at $1.99 each.

If you enjoy strategy games, be sure to read our list of the best ones on Android.
Next Up :
Black Desert Mobile reveals new Drakania class alongside other major updates and announcements