Capcom has released a new update for its mobile card battle game Teppen on iOS and Android.

The latest update for Teppen introduces a story arc called A Dark Agenda, which introduces fan favourite Resident Evil character Ada Wong into the game as well as cards from the Striker series.

A Dark Agenda reveals Wong to be the mysterious woman teased in previous story expansions. After guiding other heroes to the Land of Illusion from the shadows, Ada is being pursued by the elite assassin Strider Hiryu.
You can watch the trailer for A Dark Agenda featuring Ada and Strider below. 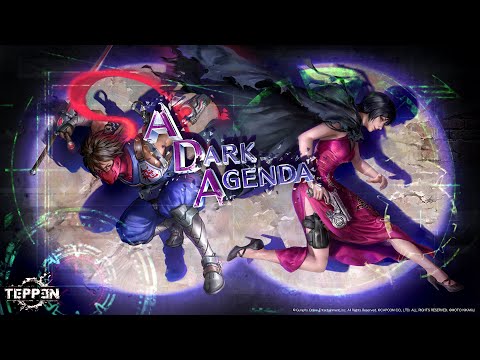 The new Purple Hero Ada added for Teppen’s latest update is equipped with three new Hero Arts to use in battle. Blackout removes one enemy unit with 3 Attack or less from the game, while Mirage Decoy locks your empty board slots for ten seconds and returns enemy units with an equal MP cost. Finally, Break Away returns one friendly Purple unit to your EX Pocket and gives it -2 MP.

Additionally, the A Dark Agenda expansion gives all existing Heroes new Unit Cards and Action Cards which reflect each of their stories from Ada’s perspective. Controlling the Satsui, Mission or Machination, and It’s That Thief are such examples of this.

If you want to check out this new content, you can download Teppen now from the iOS App Store or the Google Play for Android store, where it is a free to play game with in-app purchases.

If you like playing card games on your iPhone, you might want to read our list detailing some of our favourites on iOS.
Next Up :
Pigeon: A Love Story is a meditative adventure game out now for iOS and Android