Mytona, the makers of Boom guys and Royal Merge: 3D Match Object, has just released a Match 3 puzzler called Tasty Makeover: Match 3 Game. It's out now on Android and iOS, but only in Russia.

Tasty Makeover: Match 3 Game, as the name itself suggests, is a match-3 puzzler filled with an interesting story, design and a ton of humour. The story revolves around the main character Emma. She wants to restore her grandfather's great restaurant, which used to be jam-packed, but sadly not anymore. You have to solve puzzles and help Emma make the restaurant great again.

You have to match colourful tiles to gain points and clear the level. As you progress, Emma will restore parts of the restaurant and its surroundings.

The developer has claimed that players will not get bored with Tasty Makeover: Match 3 because it follows a very interesting storyline. It also features dating elements where you can help Emma find the perfect partner. 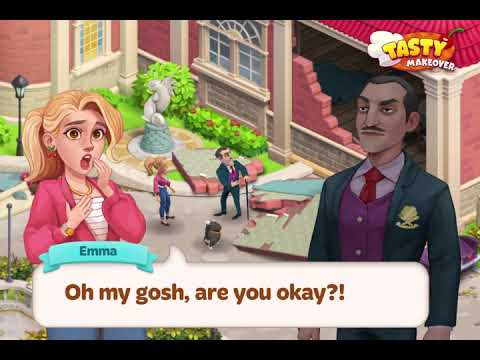 Tasty Makeover: Match 3 is out now in Russia

As we mentioned, Tasty Makeover: Match 3 has just launched in Russia. It's now available on both Android and iOS, and you can get it from Google Play and the App Store. It is a free-to-play title, with in-app purchases.

What about the global release?

Unfortunately, Mytona has not provided any information with regards to a global release date. But now that it has been released in one country, we can expect it to expand to more regions soon. You can follow the game's official website and Facebook page to stay updated with the latest developments. Also, check out our list of the Top 10 best match-3 puzzle games for iPhone and iPad (iOS).
Next Up :
Mimicry: Online Horror Action is an online horror game where you can play with up to nine friends, out now in Russia on Android and iOS