Developers Pixel Rabbit, a new-on-the-scene crew, has announced that its first major project, an open-world fantasy RPG by the name of Tales Noir, is launching its first beta test for global audiences.

Tales Noir is all set to take the world by storm, featuring what is frankly a gorgeous art style, over 100+ characters, and a deep and engaging story to follow. This is all, of course, tied up in a bow with an in-depth combat system that will require fast reflexes and quick thinking.

As is typically the case for this genre, Tales Noir is a gacha game as well, meaning that you’ll be rolling on banners to try and get whoever might be your favourite character. And with a cast this size, that’s gonna be a tough decision to make. 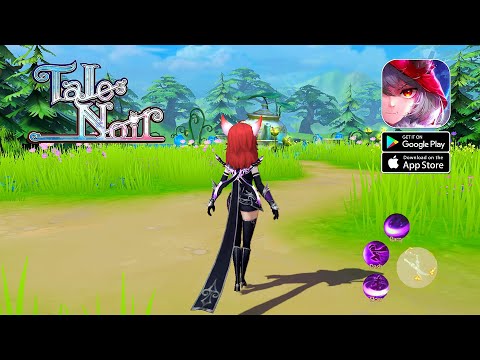 The gameplay itself is top-down action combat, and the skills you have available to you will vary depending on which character you’re playing at the time. The RPG mechanics come into play with a leveling system that will make your characters stronger overtime, a crafting system, and some light looting elements as well.

These features combined with five separate classes to choose from each of your characters that also have 10 branches that will all individually change how you play that character along with their own unique skills means that customization is key to Tales Noir.

If all of this sounds interesting to you, you can get involved with the beta test by simply downloading the game from its TapTap page and hopping right in. For iOS users, however, you’ll have to go through the App Store’s Testflight feature. You can also pre-register for Tales-Noir on Google Play as well if you'd like to be first-in-line when it officially releases.

Looking for more anime-themed fantasy adventures? Check out our Top 25 best Android JRPGs!
Next Up :
Ni no Kuni: Cross Worlds is now open for pre-registration for global users, with exclusive perks in store for those who sign up