Syberia 2 launched a whopping 13 years ago, during which time point and click adventures have given way to episodic narrative experiences the likes of which Telltale and Dontnod are developing.

But this year, Microids is stepping back into the arena and releasing Syberia 3 on iOS, Android, and Nintendo Switch. It picks up right where the franchise left off, continuing Kate Walker's adventure.

This morning, we were invited by developer Microids and publisher PQube to chat and get a hands on session of the opening segment of the game. We won't be revealing any spoilers here, but read on for an indication of how it plays.

Disclaimer: I haven't played Syberia or the sequel - let's get that out of the way. However, I have played a bunch of classic point and clicks like the Broken Swords, Simon the Sorcerers, The Longest Journey, Dreamfall, and the more recent Telltale games and Life is Strange.

Not much of an excuse, but I have a solid understanding of the genre. Let's dig into it.

Controlling Syberia feels closest to Life is Strange or Dreamfall. It's fully 3D, you can use a controller, and you're looking at stuff and interacting with it instead of pointing and clicking. 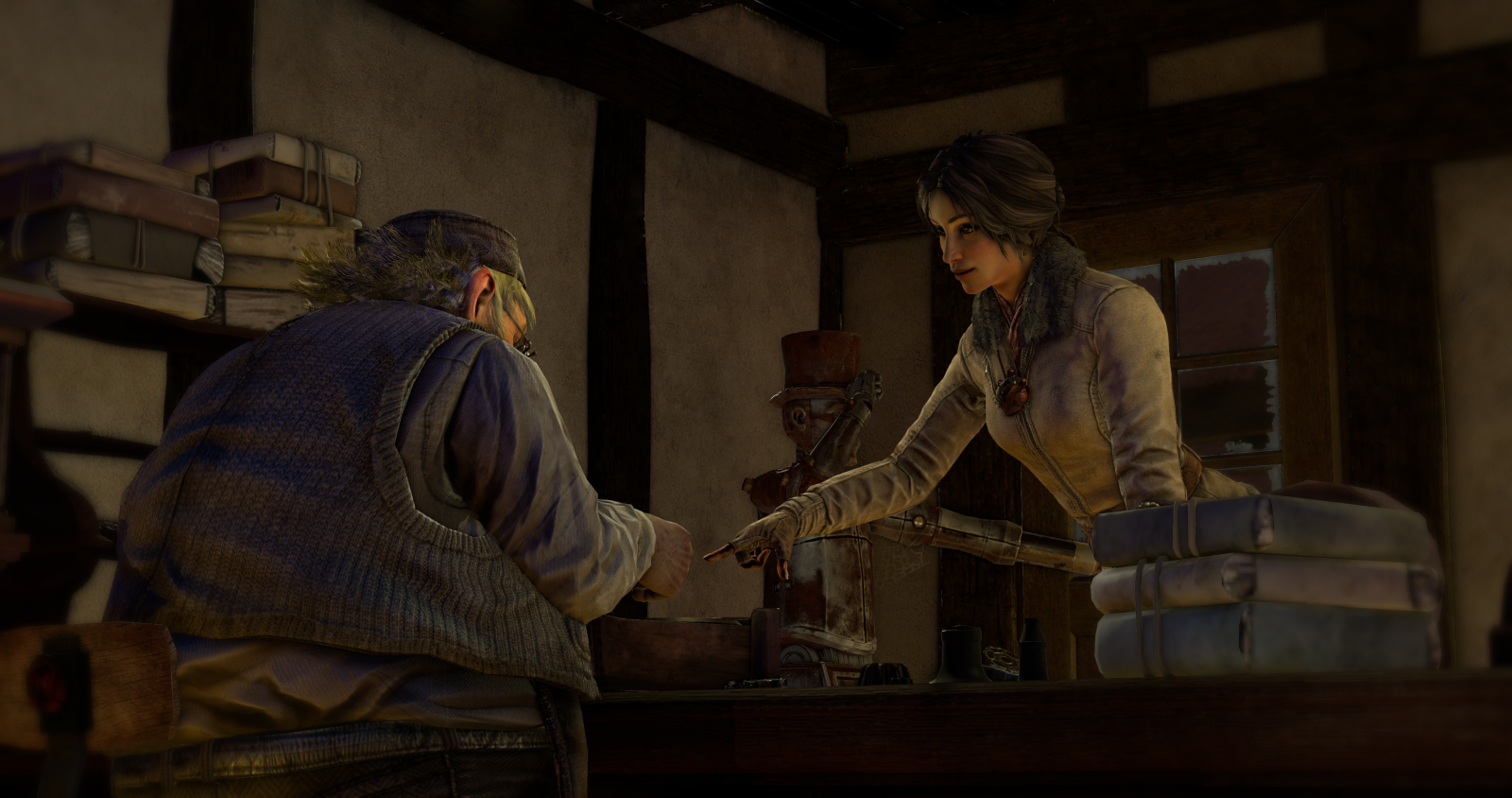 I played on a PC with an Xbox 360 controller. You move with the left analogue, look with the right, and use the face buttons to look at stuff, talk to people, and interactive with objects. You can also run using the right trigger.

While the camera is fixed like in The Longest Journey or Resident Evil, you can move it around slightly to see more of the screen. It comes in handy in larger environments.

Interacting with items is as simple as moving close to them to highlight them, then tapping the face button which corresponds with the action you want to take.

If you're in an area where there's a few objects to focus on, you can flick the right analogue in the direction of the other object to highlight that instead.

The best part about this system is that it eliminates the amount of time spent in menus. You can pop in to examine items for clues, but you won't be combining them or anything like that. All item combination is done in set locations, depending on how to solve the puzzle.

Slight spoiler: In an example I saw, I had to use a cloth, root, and gasoline to create a torch. I had all these items in my inventory, but I had to go to a workstation to assemble them. 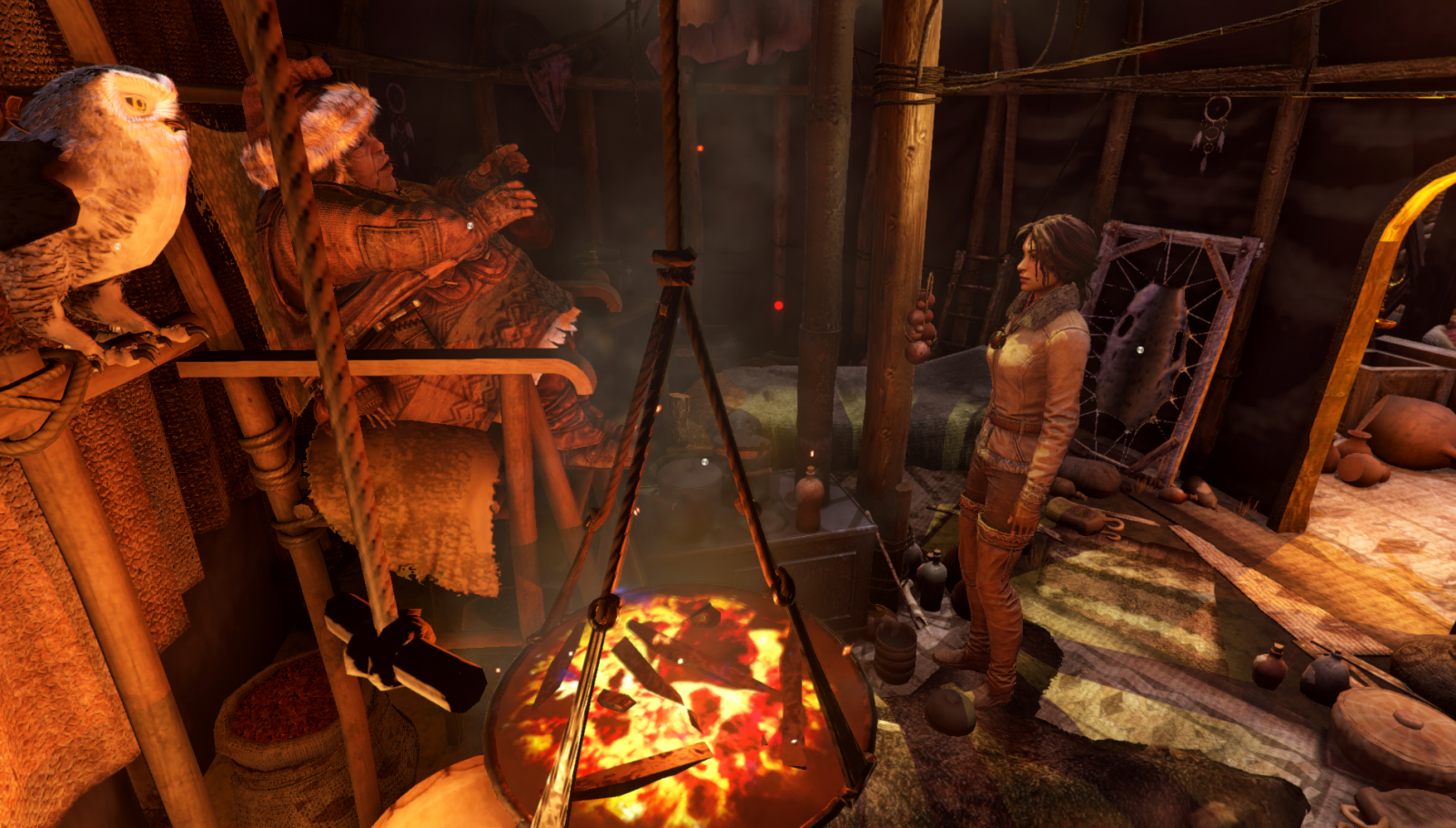 Overall, it's a nice system which removes all archaic mechanics and feels natural to the modern player. It also allows for some great animations when combining items, which we otherwise wouldn't see.

While Syberia 3 generally does a fantastic job of updating the adventure format without losing anything (Telltale - I'm looking at you), it is marred with a few technical issues as a result.

The animations were a mixed bag. I was generally impressed with the motion tracking technology used to bring the characters to life, but there were immersion breaking moments. Sometimes the animation would mess up slightly - particularly during cutscenes.

All of the classic issues that come part and parcel with fixed cameras were present also. The nod to the classics is nice, but it comes at the cost of an obscured view. You'll struggle to enter a door, get close enough to an object to interact with it, and perhaps even miss stuff altogether.

It's by no means a gamebreaker, and it's even quite endearing at times, but some of you might find it an issue.

The developers have also put in a lot of work with the puzzle design, and it's a mixed bag. You'll rarely find yourself lost as to what to do - all of the items you collect will be useful, and part of a puzzle you'll solve in that particular location. 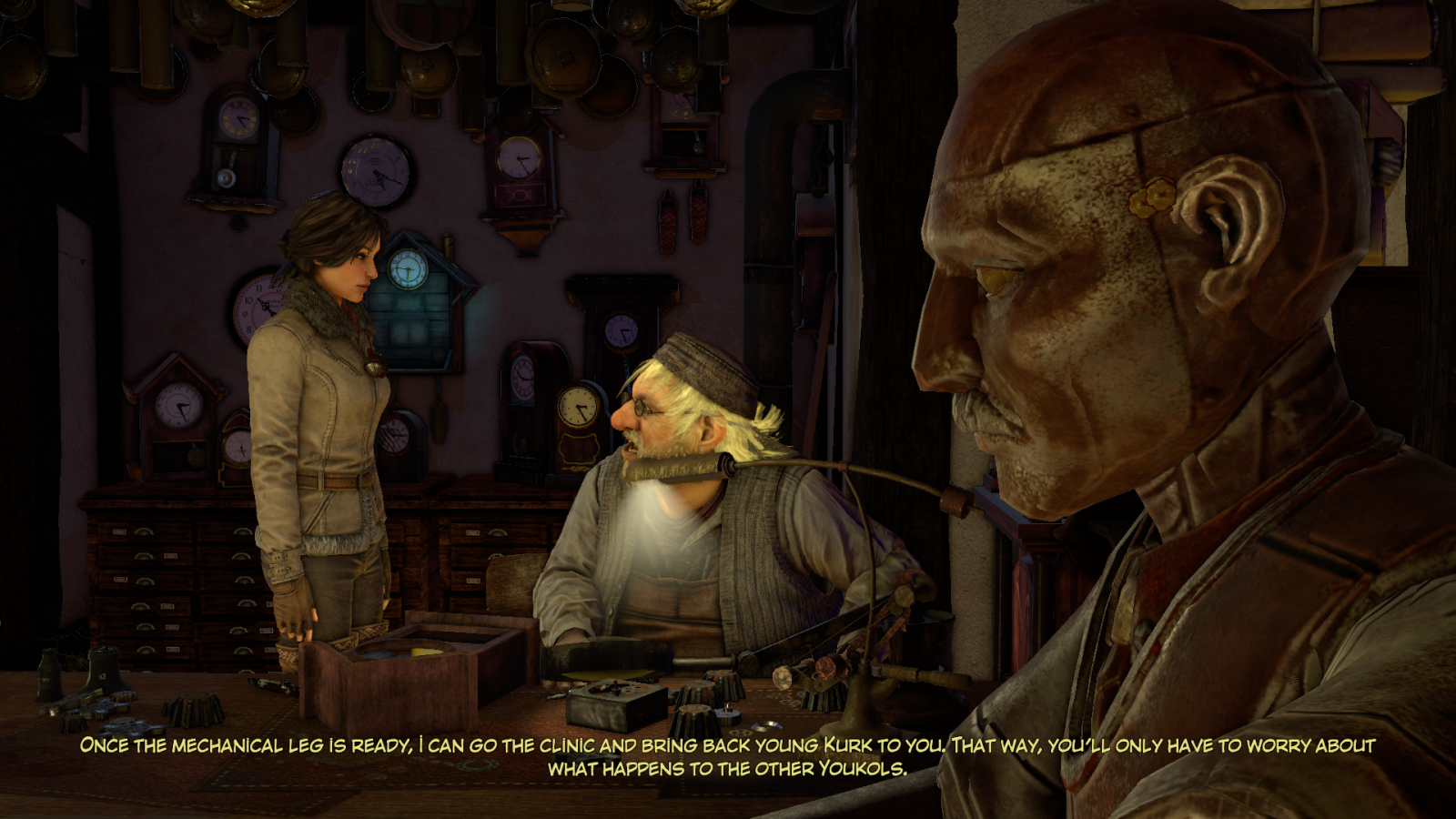 That's all very well and good - smart even - but it's also not as challenging as the point and clicks of yore. Getting stuck sort of comes with the territory. It leads to a feeling of intense satisfaction when you finally do solve a puzzle, and Microids might have lost sight of that in their efforts to make Syberia 3 more accessible.

Overall, my time spent with Syberia 3 was largely positive. Microids has, for the most part, managed to successfully update the adventure format for 2017, and little has been lost in the process.

Visually, it's great - with some excellent animations, character, and world design. The script is well written, often amusing, and delivered well by all of the characters I came across.

There are a few technical and design hiccups which marred the experience, but nothing game breaking. The fixed camera angles result in the occasional obscured view, the animations fumble at times, and the puzzle design, while not quite as frustrating, is less challenging than the classics.

But remember: this is all based on about an hour's play with a pre-release build - all of the above is subject to change.

Syberia 3 will launch this year on iOS, Android, and Nintendo Switch.

Syberia 3 has cute snow ostriches, will be coming to iOS and Android in 2015