Syberia 3 has cute snow ostriches, will be coming to iOS and Android in 2015

Let me ride them!

Fans of Syberia will be pleased. Microids has announced that Syberia 3 is now underway and should be coming to mobile in 2015.

Once again, we'll be following corporate lawyer turned detective Kate Walker. She's investigating the mysterious island of Syberia once again in this third entry to the adventure game series.

While we don't have many details yet, Microids has released some screenshots of Syberia 3. You can see them in the top right of this article.

What's on show is a marketplace belonging to the Youkol tribespeople. Various food and drink lies in bags and bowls across the floor. 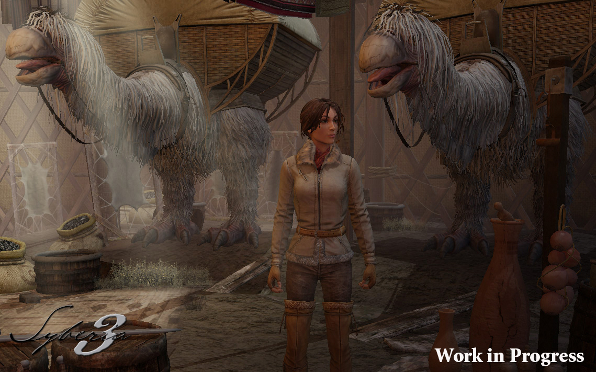 You can also get a good look at the Youkol's snow ostriches. I want to ride one pretty bad. I doubt that'll happen in the game, though.

You may recall that the first Syberia game came to mobile last year. It didn't fare too well, but it is 12 years old after all.

Syberia 3 doesn't look to break the game's formula much at all. It should be running on a more modern engine than the first Syberia, however, so there should be plenty of improvements.

AppSpy
Next Up :
Delete After Reading tasks you with saving a video game in a text-based adventure, coming to mobile on March 14th