Surf Chance lets you surf inside someone's digestive system and more, out now on Android

Tanisu games has officially announced the launch of Surf Chance, the studio's casual surfing game on mobile that let players ride the waves from the palm of their hand. Android users can now get their surf on in this quirky little surfing title that not only offers the wide open seas as your playground, but also a ramen bowl as your surfing environment (because why not).

In Surf Chance, players can expect to surf with easy one-hand controls on their mobile devices. The game features vast oceans and even random dog food as your surf turf, with multiple characters that add their own unique charm to the game. Characters include a sumo wrestler, a kitten, a ninja and even a robot, because even bots need to unwind too. 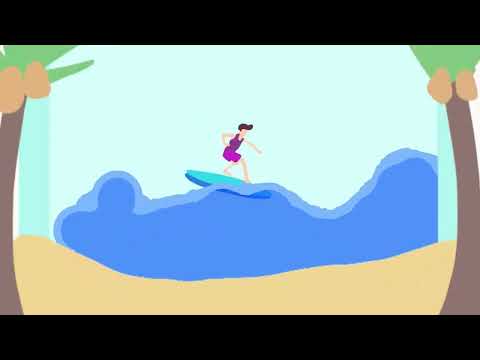 The mobile game is completely free with no in-app purchases. It also boasts original background music along with a wide variety of stages. Surfers can be unlocked by watching ads, and you can give them a go in the most ridiculous (and totally hilarious) surfing environments such as erupting volcanoes, an actual calculator, a merlion pool, a grandfather clock, and even the inside of someone's digestive system.

If you're eager to join in on all the fun, you can download Surf Chance now on the Google Play Store for Android devices. You can also visit the official website to stay updated on all the latest developments, or take a little sneak peek at the embedded clip above to get a feel of the game's visuals and gameplay (where you can feast your eyes on all the unique stages you can surf in).

Are you on the hunt for more similar titles that will put your skills to the test on your mobile device? Why not take a gander at our list of the best free mobile games?