A game that's been greatly improved by its updates, Deceased Pixel's Super Mega Worm was a playable take on the giant worm action genre.

Based on a Flash game, its rival Death Worm was also recently released on iPhone, but the super mega worm is now going one better in Super Mega Worm Vs Santa.

Wrapped for the holidays

Effectively a tweaked and Christmas themed version of the original, it has you controlling the worm - this time with a default crosspad rather than the slider, although it and tilt are still options - rising up from the depths of the earth to chomp on elves and reindeer.

As before, it's a free roaming side scroller, with your worm levelling up, gaining size and powers - spitting fireballs and the like - as you complete missions and eat the creatures running along the ground above.

You can also eat crystals under the ground to build up your EMP powers, enabling you to create a pulse that knocks out equipment. Neatly, you can see how powered up your worm is by the glowing gems along its body. 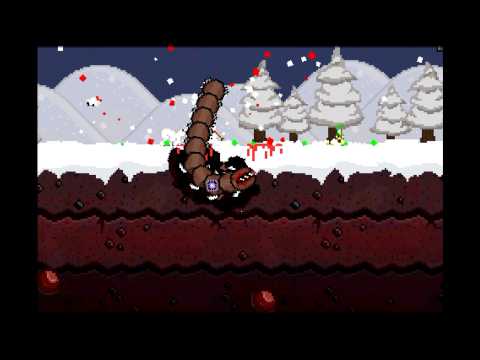 Subscribe to Pocket Gamer on
Next Up :
Claw Stars, the sci-fi collection game, is hosting a Lunar New Year event