The Summoners War World Arena Championship Finals event starts today, gearing players up for epic matches and fantastic wipeouts. Com2uS' popular fantasy franchise will see players go head-to-head in a clash of might and mettle for cash prizes and the ultimate bragging rights.

At the Summoners War World Arena Championship (SWC2021) Finals, the top eight finalists from around the world will duke it out for the top spot. These Summoners War: Sky Arena finalists will compete for up to $130,000 in cash prizes; plus, the event will also highlight Summoners War’s 2v2 PvP mode.

To kick things off, four teams will battle in exhibition matches including Thompsin, 2020 World Champion Mr. Chung, and others. The SWC2021 World Finals is sponsored by Google Play as streamed on the official Summoners War Esports YouTube channel. 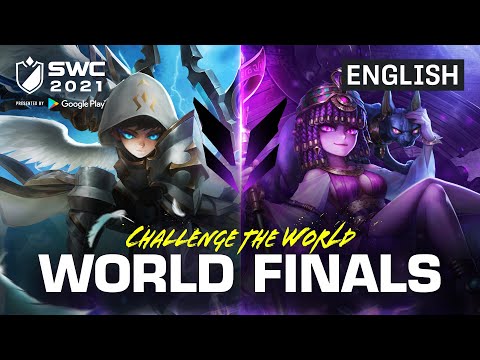 The first match lineup is between BIGV vs JACK-, and the second is between PINKROID~ and SECONDBABY. The third match is DILIGENT vs MADREAMDY, and the fourth is TARS vs ISMOO. The prize pool features $100,000 for first place, $20,000 for second place, and $10,000 for third place (tied). Two players hail from the Americas Cup, while four players come from the Asia-Pacific region. Another two come from the Europe Cup.

If you're eager to catch all the heart-stopping action, you can check out the official YouTube channel to cheer on your favorite finalist. Those who catch the broadcast will score a special SWC2021 costume for Ellia as well - simply connect your YouTube account to the Sky Arena account, and be sure to stay tuned so you don't miss out. You can also head on over to the official website to stay updated on all the latest developments.

Want more games you can play with other like-minded peeps? Check out our list of the top 28 best multiplayer games for Android phones and tablets!

Next Up :
Universal KouKou Love: Tap Blast lets you play with Shrek, Trolls, Po from Kung Fu Panda and more in a tile blast game