Com2uS has just announced the addition of a brand new monster to the fantasy mobile RPG – Summoners War: Sky Arena. Called Battle Angel, this new monster isn’t playing and has come to shake things up. She comes alongside more updates that improve monster evolution and general quality of life alongside a new summer theme. Take a look at the trailer below to see Battle Angel’s skills on display. 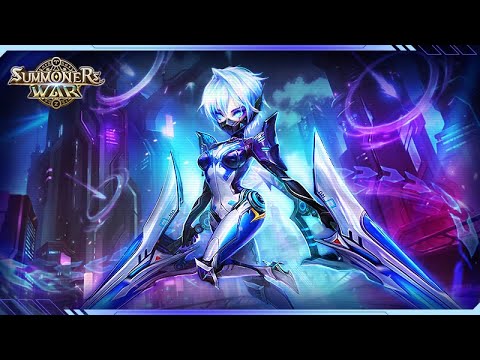 Battle Angel’s addition to Summoners War: Sky Arena marks the beginning of a new chapter because she has come here from the future for a reckoning. A master of all five elements of fire, water, wind, light, and dark, she can use these to conjure up various skilful attacks. She’s a pretty handy monster when it comes to finding openings and attacking enemies from all possible angles. Battle Angel will be up for grabs via a Special Summon event that will run for another two weeks until July 13th.

Moving on to other parts of the update, a new autofill function has been created to make it easy to find monsters with suitable evolutionary conditions. When the criteria are met, they are automatically slotted. Using the Monster Storage Menu, players can also select where they want their selected monsters to be stored.

In terms of quality of life changes, a repurchase button has been added for Runes and Artefacts of a particular grade. 5-6-star Hero+ Runes and Hero+ Artifacts can be purchased again for the same number of Mana Stones that are granted on selling. Lastly, the exclusive summer theme can be applied to Sky Arena by going into settings, then options, and finally others where the theme can be found.

For more information about Summoners War: Sky Arena, do check out their official website. Don’t forget to add Battle Angel to your squad as well by downloading the game for free by tapping on one of the links below.

Also, check out this list of the best RPGs to play on mobile!
Download now!
Summoners War: Sky Arena

Next Up :
Jurassic World Primal Ops lets you rescue dinosaurs and fight alongside them, out now on iOS and Android