Com2uS has released the first major update for their strategy title Summoners War: Lost Centuria for Season 2. It introduces a new PvP mode, two monsters and an event mode that will be sticking around throughout the new Season.

The new PvP mode is called World Tournament and allows players who are ranked Gold V to battle against one another in a bid to climb to the top of the world rankings. To set World Tournament apart from standard PvP battles, it includes a Ban & Pick mode. This means players can tactically limit the monsters permitted in their opponent's deck. 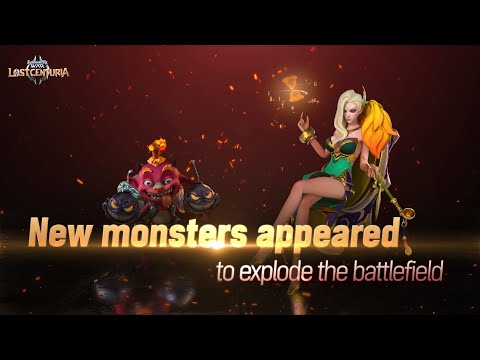 Elsewhere, two monsters have been introduced to the game's roster. The first is Seara, a legendary Wind attribute monster that serves as a support. She has access to a special bomb that stuns enemies and deals massive damage whilst ignoring defence when it explodes.

Seara is joined by Zibrolta, a normal grade Fire and Attack monster. Zibrolta also has a bomb that they throw at enemies randomly that stuns enemies and ignores their defences when it blows up. You can check out some gameplay featuring these two characters in the embedded video above.

Finally, players will also be able to participate in a new event mode called Battle Brawl. In this variant, all monsters and spells will be available and the difficulty will be cranked up to ten to create a level playing field. Matchmaking will pit players who have earned 4000 or more victory points across Ranked and Normal Battles against one another.

Summoners War: Lost Centuria is available now over on the App Store and Google Play. It's a free-to-play game with in-app purchases.

Looking for more strategy games to play on the go? Here are 25 of the best available for iPhone and iPad
Next Up :
Honkai Impact 3rd is launching version 6.2 The Chrono and the Hare soon