FunPlus and KingsGroup has announced an upcoming partnership with AMC to bring the world of The Walking Dead into its mobile zombie strategy game State of Survival. The crossover event will be running from 1st April all the way through to October later this year.

When the event starts, you will be able to interact with and play as characters from The Walking Dead franchise, and be able to use these characters to help you fight for survival against the undead onslaught. 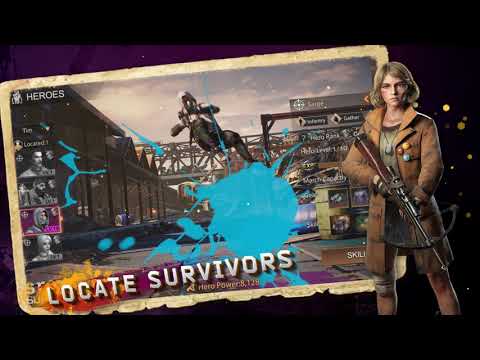 “We’re thrilled to partner with AMC and The Walking Dead to bring our two worlds together,” says Chris Petrovic from FunPlus. “Since launching State of Survival in August 2019, it has been our dream to allow players the opportunity to experience The Walking Dead in our game, and we’re excited to be able to deliver that to them.”

State of Survival is one of the biggest zombie survival games on the mobile marketplace at the moment, while The Walking Dead boasts the same for its television presence. Originally starting as a comic book in 2003 written by Robert Kirkman, the series has expanded to TV, video games, and even some upcoming films.

“State of Survival and AMC’s The Walking Dead present different takes on the zombie apocalypse, but they also share a lot of common themes so bringing them together was very natural,” says Clayton Neuman from AMC. “What we’ve created allows the best elements of both universes to shine, and we’re excited for the millions of fans and players around the world to experience it.”

State of Survival’s The Walking Dead crossover event begins on 1st April and runs until October. You can download the game now from the iOS App Store and the Google Play for Android store where it is a free to play game with in-app purchases.

Read about our favourite strategy games on iOS.
Next Up :
Tears of Themis adds new cards for Vyn and Marius in Cozy Couple's Getaway I event