Wicked Realm Games and Tilting Point have announced a massive update for Star Trek Timelines, letting players embark on a new adventure in the character collection RPG. In the new Fleet Boss Battles update, fleets can put their might to the test against boss ships for cool in-game rewards.

In Star Trek Timelines' new Fleet Boss Battles mode, players can take on the planet-killing Doomsday Machine and more. Unlocking combo mega attacks lets players reap rewards and components that can be used to upgrade the Captain's Bridge - this special boost will provide players with permanent ship bonuses. Tons of exclusive in-game goodies are also up for grabs, such as ships, crew and more.

In case you're not familiar with the game, the RPG lets you assemble your crew across various Star Trek worlds and command ships to engage in both PvE and PvP battles. In the latest update, players can team up as a fleet and test their skills versus iconic Star Trek foes. 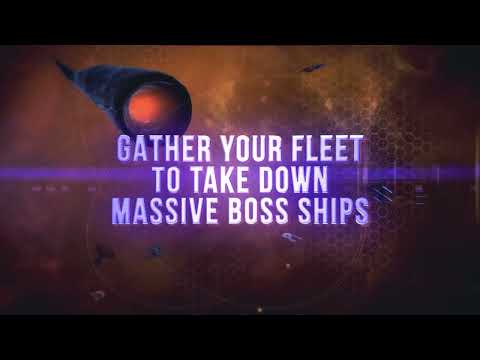 If you're eager to join in on all the fun during the latest update, you can download Star Trek Timelines on the Google Play Store for Android devices and on the iOS App Store. It's a free-to-play game with in-app purchases. You can visit the game's official website as well for more info, or join the community of followers over on the game's official Twitter page to stay updated on all the latest developments. You can take a little sneak peek at the embedded clip above to get a feel of the game's visuals, gameplay and mechanics as well.

Next Up :
Gordon Ramsay's Chef Blast lays out the roadmap for a Summer season full of events and free handouts