Tilting Point is holding a new event in its sci-fi strategy game Star Trek Timelines to coincide with First Contact Day, a date which holds some significance within the Star Trek universe. The update is available now on iOS and Android devices.

First Contact Day in the Star Trek franchise refers to 5th April, 2063, which is the first interaction between humanity and the alien Vulcan race. To celebrate the festivities, Star Trek Timelines is holding a limited time giveaway where you can claim a free five star Behold Pack, which guarantees you one five star crew to choose between Phoenix Cochrane, Satin Dress Lily Sloane and C.O.P Founder Picard. This event lasts from 5th April all the way to the 19th.

The celebration also includes April Fools Whale Crew, which runs from 1st April to the 15th. If you complete an in-game limited-time only achievement you can earn a three star crew consisting of George and Gracie, the famous Humpback Whales saved by Kirk and Spock in Star Trek IV: The Voyage Home. 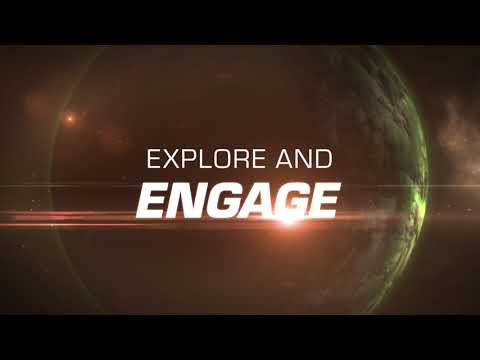 There are also $1 Monthly Cards up for grabs for new players who install and play. These cards have a $4 value and grant Star Trek Timelines players 100 daily Dilithium for 30 days.

If you’ve never played Star Trek Timelines, it’s a strategy sci-fi game set in the Star Trek universe and features more than a thousand characters from all across the franchise’s history. This allows you to assemble a dream crew from all eras of the series, as you command dozens of iconic starships and engage in stunning ship battles.

You can download Star Trek Timelines now from the iOS App Store or the Google Play for Android store, where it is a free to play title containing in-app purchases.

Read our list for more great strategy games available on mobile.
Next Up :
Global Exclusive - Text Express: Word Adventure is a crossword game with a narrative twist, coming to mobile on September 1st