It’s been a couple of months since Smash Legend’s Grand Renewal update revamped the entire game from the ground up after 5minlab was acquired by Krafton. Now, this month’s update on Smash Legends brings a brand new character, skins, game modes like the Arena Lab and much more.

First up, is the 28th Legend to be added to the Smash Legends roster – Wukong. Based on Chinese mythology, Wukong wields a staff capable of dealing heavy damage to his opponents. He has numerous skills that can improve a variety of his abilities like damage, movement speed, HP, and more. Wukong can be added to the team by making use of this update’s next inclusion – the Smash Pass Chapter 2. 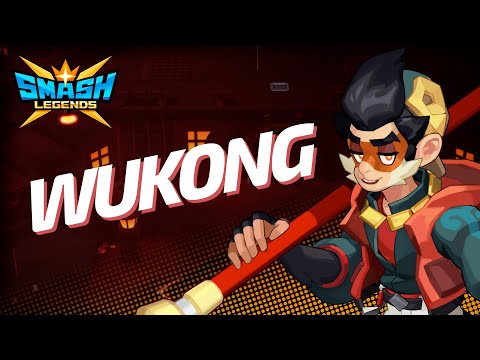 With the revamp, the Smash Pass counter reset and last month the first chapter took place. Now, the May update introduces Chapter 2 – Ready for the Beat. It includes multiple rewards like Skins, Profile Icons, Fashion Items, Revive Effects, Booster Items, and much more. The new Wukong Legend can be obtained on Stage 10 of the pass or in the Shop after the Chapter has concluded. The Smash Pass can be purchased for 200 Gems and those looking to fastrack their way through can pay 100 more to obtain ten stages for free.

Smash Legends also introduces the Arena Lab, a new hub for trying out various game modes that are not part of the weekly mode rotation. It features game types like All of Nothing, Hide and Seek, Magic Fortune Cookie, and the newly created Escort mode alongside others. Accessing the lab requires players to be on at least Smasher Level seven.

Finally, the update adds new Hellion skins for Cindy, Nui, and Snow. Equipping it grants special in-game and spotlight effects to the heroes.

Add Wukong to your squad now by downloading Smash Legends for free on the App Store and Google Play.

Also, check out the best multiplayer games to play on mobile!
Next Up :
Gwent's latest update reintroduces the first and second season of the Journey Progression system permanently