LINE Games Corporation has finally revealed the global release of their Multiplayer Action PvP title, Smash Legends. The game will be launch for iOS and Android on the 13th of April.

Smash Legends is a real-time brawler where players who have entered the arena will compete to knock each other off. The round only last three minutes, so expect fast-paced action. There will also be multiple maps and modes to choose between before heading into a match.

Smash Legends features 6 exciting modes to choose from in total. Some of those include Duel, 3 vs 3 Dominion, and 8-player Battle Royale. Coming to the characters to play with, the game has 9 unique fairy-tale inspired characters to select from. Players have to choose those characters which suit their playstyle, as each character has its own skill set and ability.

In a recent announcement made by the devs regarding the soft launch of the game in Europe and Canada, it was found that the game is highly appreciated by the gaming community due to its simple and minimal graphics. On top of that, it is a multiplatform title and supports mobile-PC cross-play. Additionally there is also multiple language support which also attracts players using both devices. Take a look at the official trailer down below. 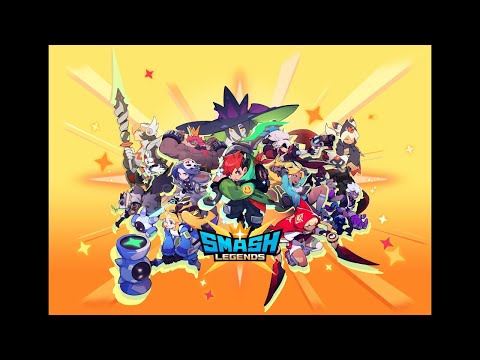 Ahead of its worldwide release, SMASH LEGENDS is hosting a pre-registration event that will reward all pre-registered players with Peter’s skin. In order to claim the skin, players need to pre-register their interest on Google Play. Doing so will also give them a chance to receive a Key Doubler as well.

Make sure to participate in the two-weeks long launch event right after the game releases. Smash Legends is holding the event to welcome the players by rewarding them with Gems, Coins and Key Doublers and more.

Smash Legends is now available to pre-register on Google Play and App Store for iPad. It is a free-to-play game with in-app purchases.

Read about some of our top action games available on Google Play.
Next Up :
Summoners War Chronicles gets an official release date for Korea