LINE Games has just added a new character to Season seven of the SMASH PASS in their fighter, SMASH LEGENDS. The new Legend added to the roster in this update is called Octavia.

The 18th Legend to make their way to SMASH LEGENDS, Octavia, is a sea witch and a member of the Sage council with healing abilities. She can be used as a support character to help teammates survive longer in battles. Stories about her may portray her as a villain but, in reality, she is very kind-hearted and sympathetic. She will be available in the paid SMASH PASS Season 7: Oceanic Aria on Tier 15. 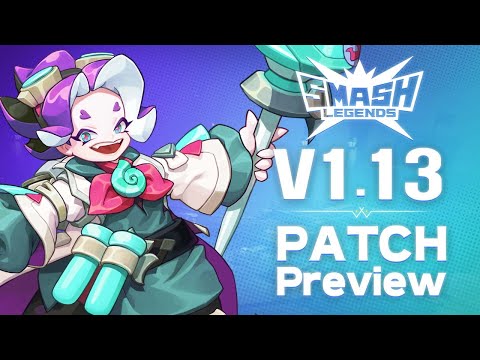 Octavia has a staff she uses to deal damage to enemies. She also has the power to summon waves that can harm multiple enemies at once while also protecting herself. Her ultimate attack sees her throwing a massive bubble that hits the ground to deal immense damage. The same bubble creates a healing area, restoring HP to all team members inside its radius for four seconds. If you’re willing to wait, Octavia will be available in Gold or higher-grade boxes once season 7 is over.

Certain abilities she possesses allows her to increase her Basic Attack, Movement Speed, and Healing Ability under special circumstances. Her Sea Witch ability allows her to damage opposing Legends in the Ultimate Area for 190 hit points per second.

LINE Games has also added a new mission this season. Titled the Legend Mission Event, players are tasked with completing multiple missions and collecting event-exclusive Legend coins. These coins can then be traded for amazing rewards like the SMASH Effect item Falling Leaves, a season exclusive. The event is available now and will run until October 22nd. Players will be allowed to trade their Legend coins for up to three days after the event has ended.

Enjoy fast and action-packed three-minute battles by downloading SMASH LEGENDS for free on the App Store and Google Play.

Check out the top multiplayer games to play on mobile!
Next Up :
Dragonspire is now available to add to your wishlist on Steam ahead of its official launch next year