There are few mobile games more hotly anticipated than the iOS and Android ports of MegaCrit's acclaimed card battler, Slay the Spire. Developer Anthony Giovannetti recently shared on Twitter that the team would have an announcement to make "within the next 30 days", meaning sometime this month.

We should have an announcement on mobile within the next 30 days. — Anthony Giovannetti (@stimhacked) May 22, 2020

Back in January, the ports were said to be going "through the QA pass", so it seemed like all was going smoothly following their delay from a 2019 to a 2020 release. I have to hope that the announcement turns out to be confirmation of a solid launch date, though obviously nothing has been confirmed as of yet.

Many clones, or at least titles heavily inspired by STS, have already popped up to take advantage of the fact that Slay the Spire isn't currently available on mobile storefronts, which is something we've seen happen to plenty of other games in the past, including PUBG and even Donut County. 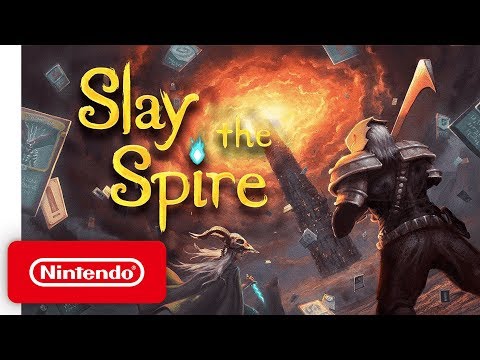 Slay the Spire, if you didn't know, is a roguelike card battler that first launched for PC back in early 2019, where it earned almost universal acclaim from users and critics. Its smart, varied, incredibly moreish gameplay kept many hooked for dozens of hours, and that's unlikely to change when it eventually lands on mobile.

If you happen to own a Switch and aren't feeling especially patient, you'll find Slay the Spire available for purchase now over on the Nintendo eShop. It was one of the best games of last year on any platform, and now it can be considered one of 2020's hottest titles, too.

Searching for some of the best RPGs around? Here are 25 of our favourites for iPhone & iPad
Next Up :
Princess Farmer combines match-3 puzzles with an engaging narrative, out now on iOS and Android