Heading for mobile on November 25th

Slam Dunk is an upcoming sports game based on the anime of the same name. It's being brought to us by DeNA Hong Kong and will be releasing for both iOS and Android on 25th November with pre-registers open now.

It has been officially licensed by Toei Animation meaning that you'll be able to relive the story of the anime through the Story Mode. This will include more than 10 chapters with scenes from the original series as you see the development of Shohoku Basketball rookie, Hanamichi Sakuragi. 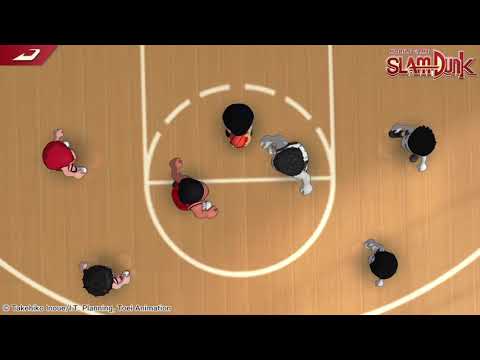 The game is being pitched as a fast-paced 3v3 basketball title but there will actually be a variety of different setups to play. There will be Half-Court 3v3, 1v1 Solo matches, 2v2 Duos, Full-Court 3v3 and Full Court 5v5. You'll also be able to form a team with your pals.

Once you've done that you'll be able to make a bid to become the National Champion by participating in the National Tournament. This will consist of a series of 3-minute matches. You can check out some gameplay from Slam Dunk in the video above.

As you would expect from this type of anime tie-in, you'll be able to collect characters from the show to add to your roster. That means you'll be able to recruit the likes of Hanamichi Sakuragi, Kaede Rukawa, Akira Sendoh and Shinichi Maki, with each having special abilities. They can also be upgraded to further increase their prowess on the courts.

Slam Dunk is available to pre-order now over on the App Store and Google Play ahead of its launch on November 25th. It will be a free-to-play game with in-app purchases.

Looking for some excellent sports games to play on your phone? Here are 25 of the best available for iPhone and iPad
Next Up :
GWENT’s winter update goes live tomorrow and adds new cards to each faction