Here is a piece of good news for anyone who was upset after missing the latest closed beta test of Skyblade. The developers have just announced a second closed beta test for Skyblade has already begun, running from November 16th to November 26th. The beta is available on both Android and iOS.

Skyblade is a fantasy MMORPG set in the Pachun universe on the planet Hanna. Here players can explore the Jijon universe, which is ruled by cruel animals inspired by ancient oriental myths. Here you can find thrilling plots and seven major characters in a martial art setting. 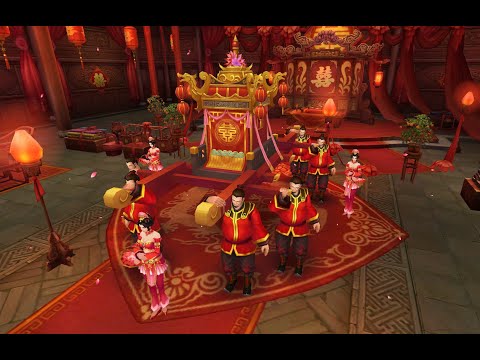 However, since the game's closed beta is out now, it can be downloaded from Google Play and App Store. It is important to note that the closed beta will end on November 26th, 2021. So make sure to give it a try before the end date. It is available in English and Vietnamese.

After the closed beta ends, all player data will be wiped. For more info about Skyblade and its closed beta, players can follow the game's official website or its Facebook fan page.

Skyblade is a game with martial arts as a central theme. It will help players to cooperate and socialize freely. They can enjoy cross-server battles and fighting with the monsters. Interested in RPGs? Check out our list of the Top 25 best RPGs for Android phones and tablets.
Next Up :
Cookie Run: Kingdom is celebrating Christmas early with the Tale of the Frozen Snowfield featuring two new Cookies and Season 2 of Super Mayhem