Sky: Children of the Light's Switch port has been delayed into 2021

Sky: Children of the Light's Switch port has been delayed into 2021. The announcement arrived earlier today on the game's official Twitter account.

Such news doesn't come as a major surprise seeing as the port never had a solid release date, and given the sheer number of other high-profile delays we've seen this year, I would hope that we've come to accept their necessity.

As a small indie studio, it's been challenging to pull off so many releases back to back. Due to the remote slowdown during COVID & our utmost priority to protect our team’s health, we're pushing Sky on Nintendo Switch back by a few months into 2021. ?? https://t.co/f0ZeVP2fJ7 pic.twitter.com/MQ5LUdVnrF — Sky: Children of the Light (@thatskygame) August 26, 2020

We've covered Sky a fair bit since its iOS launch late last year. Dann reviewed it at the time, calling it "a beautiful experience which delivers much more than a standard 3D platformer through a fully realised multiplayer system."

Since then, it's received regular content updates that have fleshed out the core experience significantly. Recently, the game surpassed 35 million downloads, released a digital version of its OST, and announced that its players had raised over $1 million for Doctors Without Borders' COVID-19 response. 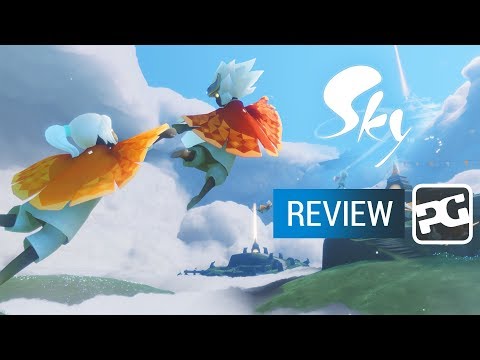 A full statement on the delay can be read here. And, if you're not the patient sort, you'll of course find Sky: Children of the Light available for download now as a free-to-play game from over on the App Store and Google Play.

It's well worth a go if you're looking for a chilled-out game with a friendly community and plenty of regular events to take part in. Basically, if you were a fan of thatgamecompany's Journey or Flower, it's likely to be right up your street.

On the hunt for some top-tier multiplayer games? Here are 25 of our favourites for iPhone & iPad
Next Up :
UFO99 lets you battle block monsters and collect pixelated critters, out now on Android

Sky: Children of the Light celebrates third anniversary with tons of in-game events, a communal site launch and more