Shiren The Wanderer: Tower of Fortune, sequel to the classic roguelike, releases on mobile in Japan

After releasing in Japan as a console exclusive three years ago courtesy of developer Spike Chunsoft, Shiren The Wanderer: Tower of Fortune is finally being released for mobile in Japan. This classic roguelike experience will bring the well-known franchise to your pockets, letting you hack-and-slash your way through endless dungeons.

If you’re a Switch owner, you may have also seen Tower of Fortune drop on the console earlier last year. With Shiren The Wanderer being one of the most famous and oldest roguelike series out there, it seems Spike Chunsoft is keen to get the title out on just about every platform under the sun. All of the recent ports have been based on the original Nintendo DS release, and the iOS and Android versions are no different. 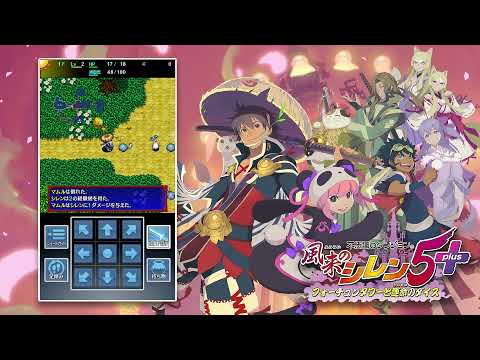 And for those of you unaware of the pedigree of Shiren, the series dates back all the way to the 90s, where Mystery Dungeon: Shiren The Wanderer released on the Super Famicom in Japan. Since then, we’ve seen ports primarily directed at the DS and now mobile as well. The series sees the wandering samurai Shiren going on a variety of quests, and involves turn-based top-down gameplay that encourages experimentation and discovery.

Tower of Fortune specifically sees Shiren finding his way into a village where he is tasked with exploring the titular tower that is scraping the sky behind said village. Within that tower, a rumored mythical item is held that will grant any wish you send at it. After a village girl comes down with a cursed sickness, it’s up to you to clear out the tower and find that item in hopes of wishing it away.

Shiren The Wanderer: Tower of Fortune is out now on Android and iOS exclusively in Japan for 2,200 yen. As of now, there’s no word on a mobile localized version for the West, but given it is already out on the Switch here, I’d say it’s more than likely we’ll end up with one sooner or later.

Are you a fan of dungeon-crawling roguelikes? Why not check out our Top 25 best roguelikes (and roguelites!) for Android devices?!
Next Up :
Dragon Quest The Adventure of Dai: A Hero’s Bonds is giving away up to 8,000 Blue Gems and more in half-anniversary update