Each Shadowverse card expansion that passes seems to get us more excited, and Dawnbreak, Nightedge is no different. Thanks to Cygames, we've had a quick peek at one of the cards coming later this month - and now, so have you. 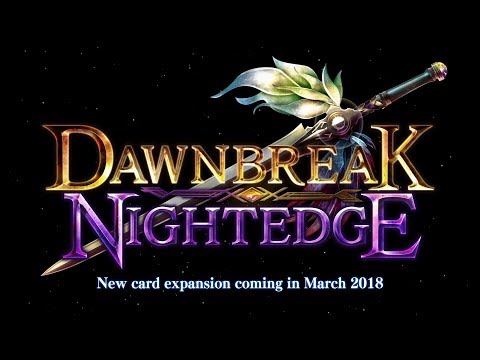 Subscribe to Pocket Gamer on
As the popular strategic CCG's eighth card set, Dawnbreak, Nightedge will be bringing a bunch of new cards to the main game, as well as a new keyword, 'choose', "to give card game cognoscenti access to unprecedented levels of strategic depth."

Basically, 'choose' lets players choose from a selection of abilities/effects when playing certain cards, which means you can adapt your strategies with ease.

There'll also be two cards that come with free leader skins (based on last year's 1st Birthday Card Popularity poll), and every player will get a rare Legendary totally free. You won't know which one until a little later this month, though.


What's in the cards?

The card we got our hands on today is the expansion's Beastfaced Mage. Though it seems pretty typical at first glance, this two Play Point cost follower puts an Earth Essence in your hand any time it's attacked by or attacking another follower. 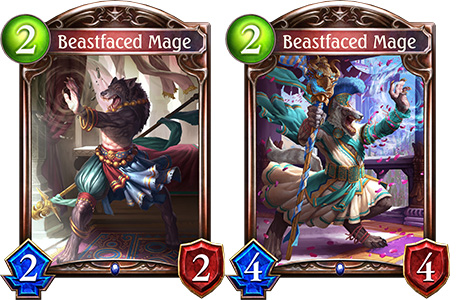