tinyBuild has released Secret Neighbor, the thrilling multiplayer social horror that originally appeared on PC and console, for iOS devices after a short pre-order period.

Set in the world of Hello Neighbor, Secret Neighbor features six players scavenging around a large house with the goal of reaching the mysterious basement. The catch? There’s a traitor amongst the group called The Neighbor who can disguise themselves as another player at any time.

The Neighbor is assigned to a random player at the beginning of each round, and they must gain the trust of other players to be able to avoid blame when they eventually betray them.

Meanwhile, the innocent players will be using their super sleuthing skills to be watchful for any suspicious behaviour. This involves watching out for the many traps the Neighbor can set for them, but time is also of the essence as they only have 15 minutes to unlock the basement door. 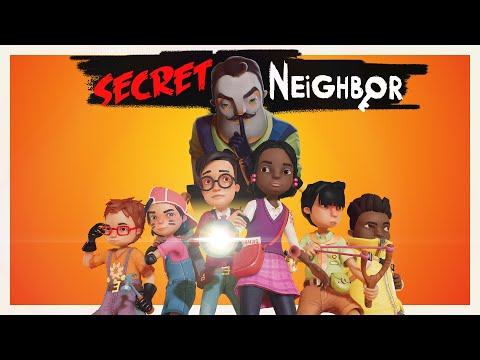 This means coming up with a plan for how to find each of the keys scattered throughout the house and unlock the door. Do you stick together or split up to comb through each area? You’ll need to think up a plan as a group while also remaining wary that one person is now who they say they are.

Each character in Secret Neighbor also has their own skills, such as the ability to carry a backpack for storing items, or another ability that lets you escape the Neighbor’s grasp.

Originally launched on PC and Xbox, you can now download Secret Neighbor from the iOS App Store, where it is a free to play game with in-app purchases.

If you enjoy social deduction and are looking for games that feature that same kind of gameplay, check out our list of the best detective games that are available on iOS.
Next Up :
Lost Light finally gets an official launch date alongside some pre-launch events with tons of rewards

Secret Neighbor lets you betray your friends in a fun social horror game, coming to iOS next week