Jagex has just announced a new event for its popular MMORPG RuneScape called Fresh Start Worlds. While the announcement may have come today, the event is still a month away from going live. Fresh Start Worlds will launch on September 12th and it is a commemoration of the game hitting the milestone of 300 million accounts. The event will be made available on both RuneScape Mobile and Old School RuneScape. 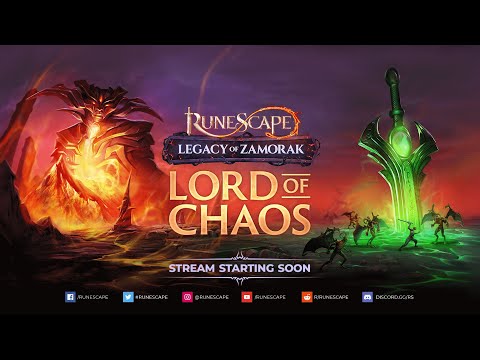 In the Fresh Start Worlds on RuneScape, players will be able to create completely new characters in a whole new world. The game’s been out for two decades and is filled with veterans and newcomers as well. There’s quite a difference in experience and skill and this event aims to bridge the gap by providing everyone with a level playing field. As the name suggests, everything starts afresh. It will also feature a new economy, Grand Exchange, rare tradeable rewards, and accelerated XP boost for rapidly levelling up. It’s the best time for a fresh start.

The event will run for four months, wherein players will be able to revisit iconic landmarks, complete hallmark quests and fight memorable bosses, all with the bonuses of gameplay boosts and accelerated levelling, allowing players to achieve a lot more than what they normally would in this time frame. Return to the core game is also instantaneous and the new character and all rewards will be here as well. There’s a lot more to look out for as well like new cosmetic armour, pet skins, alternative skill capes and tradeable goodies.

Old School RuneScape players will be able to enjoy the event in October but they will not have it so easy. Unlike the other version, Old School users will not receive any XP boost so it is up to them to strategize their way through. All the challenges will remain but gears will shift thanks to the new economy and high scores waiting to be broken. After six months, this character will be transferred to the main game server.

Get ready for a new beginning by downloading RuneScape Mobile now for free.

Also, check out this list of the best MMOs to play on mobile!
Download now!
RuneScape Mobile