Rumble Jungle, a brand new free-to-play multiplayer arcade game, opens up pre-registrations as well as a beta for Android users

Appguru Technology has announced that pre-registration has opened for their latest project - a free-to-play arcade multiplayer game titled Rumble Jungle. This one will see you face off against up to three other players in a circular arena, as you each try to survive the other player’s onslaught of incoming projectiles that you must block and reflect to survive until you’re the final one standing.

Specifically, Rumble Jungle will pit you and those other opponents in that arena, and you’ll be taking control of what is essentially a shield or a panel of some sort with your chosen animal’s face adorned on it. You’ll then have to rotate back and forth through the arena while also being blocked by the opponents on each of your sides from moving too far. As a ton of those fast-moving projectiles speed to your side, you’ll have to block off your goal area that surrounds your panel from being pierced by one. 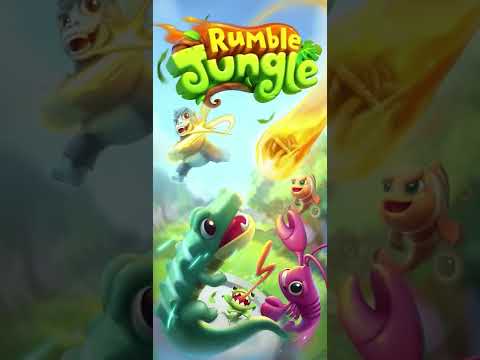 If you need a comparison, Rumble Jungle plays a lot like some of the minigames from the classic Mario Party or even something like Fusion Frenzy. Matches go quick - all you need are two very simple controls, and you’ll be testing your reflexes much like those minigames. The uniqueness that will shake up that gameplay loop comes in the form of the animals you can choose. With over 20 choices, you’ll be able to personalise your play a little bit using all of their respective skills and choose the one that you enjoy the most. Frankly, I’ll likely be going with that adorable little clown fish solely due to that cute face - but that’s just me.

In addition to pre-registration being opened up for Android users, you can also download the open-beta test as well if you’d like to get a bit of a sneak peek and experience the fast-paced matches before the game fully launches. To download it, simply head over to the Play Store page and click install!

Looking for more games to play with your friends? Check out our Top 28 best multiplayer games for Android!
Next Up :
Westurn, the brand new gunslinger themed turn-based adventure game from the developers of Froglike, launches later this week

Netflix and Tilting Point team up for Spongebob: Get Cooking and Narcos: Cartel Wars Unlimited