Today, developer Dream Engine has announced the launch of the closed beta test for their brand new rhythm game Rotaeno. This new anime themed rhythm game shows some promise with some unique features promised, and a beautiful art style with original character designs.

First thing's first, the most prominent and unique feature planned in Rotaeno is that, while it will use the typical mobile rhythm game staple of tapping on certain notes as they come down a set path, it will also use fully gyroscopic functions within the phone, adding a new degree to the gameplay. What this means exactly is that, as notes come down the path at you to tap, you will also have to rotate your device in certain ways along with the notes to fully succeed at the levels. 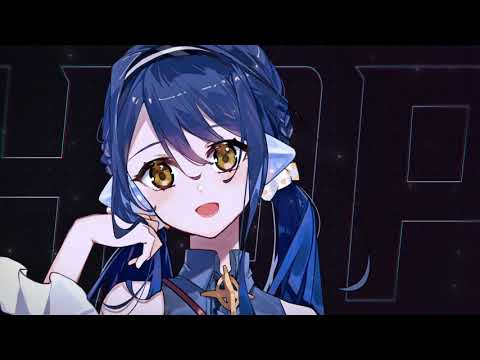 This function is an interesting utilization of mobile functionality, throwing a new mechanic into what is usually a fairly typical genre that you can go into knowing full well what to expect. It’s actually not unlike a popular arcade rhythm game called WACCA, which features a fully 360-degree circle that you have to tap around to hit notes. Though, in this case, to make the note path fully 360 degrees, you’ll instead be rotating your phone.

With such a unique way of playing the game, Rotaeno should be on any rhythm fan's radar as one that might switch up the formula that they might be used to. If such an interesting spin on the genre sounds interesting to you, you can fill out a Google Doc and, if chosen, you can find the client for download on TapTap. All other details about the test can be found on the Q&A within the TapTap page. If selected, players will be able to access the beta from March 30th to April 5th.

Looking for more anime-style mobile games to dig into? Why not give our Top 25 best JRPGs for iOS devices a peek?
Next Up :
Wild Rift introduces champions Shen and Karma in Protectors of Ionia event