High octane action on your phone

Rocket League Sideswipe is a mobile variant of the iconic console/PC game that combines football (or soccer) with racing. It's the same Rocket League that you know and love but with some tweaks. It's a tad more limited but there's enough there to give you satisfaction.

Many things are the same though such as the different cars you can unlock. You'll be able to customize your rides like you would on a console or PC. Your banners and such can also be customized so it adds that signature personal flair that makes Rocket League stand out.

Some of the differences are fun and are exclusive to Sideswipe. In this article, we'll discuss a few of the things you need to know. Perhaps you're a veteran Rocket League player who was curious about Sideswipe or maybe you've never played RL before at all. No matter the case, here are a few things to know about the now steadily growing mobile edition of the game. 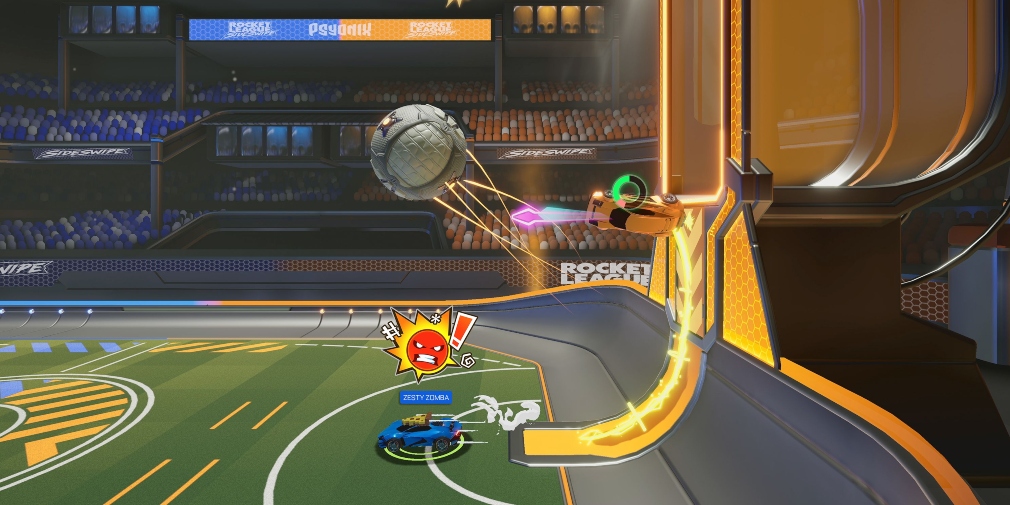 One of the signature aspects of Rocket League Sideswipe is the arenas. This new one is much smaller than the typical venues that you know from the "big game". This leads to some intense battles as you won't need to go far at all to reach your opponent's goal.

You do have the option of playing on a more traditional lengthed field. This is great if you're a more veteran player who just enjoys the larger area. But, this new, smaller option really can lead to plenty of scoring considering how much the ball will fly around in such a condensed area.

The arenas are an integral part of the Rocket League experience. This is due to the design of the places as well as the beauty of the environments. This new spot that's made exclusively for Sideswipe will certainly give you some matches you won't forget.

Perhaps the most significant change in Rocket League Sideswipe is the lack of Standard play (3-on-3) which is the most played mode in the original game. You can only do 2-on-2 and 1-on-1 for now. This in large part is likely due to the game's nature and the smaller field we talked about.

This doesn't take away from how fun the game is though. Playing Duos for example still feels a bit like Standard in Sideswipe. If you aren't comfortable with solo play then you can still enjoy the iconic team element of Rocket League with duos here.

It's possible that down the road, you may see Standard play but only time will tell. You can also play the Hoops mode as well which is traditionally a 2-on-2 mode. In that mode, you need to launch the ball into the air and into a basketball hoop to score. All in all, Sideswipe still provides a cosy amount of options.

This right here is a classic case of a game living up to its name. In Rocket League Sideswipe, you play from a side camera angle. You essentially swipe right and left to do most of your movements. It's different from the classic third-person angle but it's still great and easy to get used to.

You can see the arena very well from this angle. Not only that, you can see everyone that's playing right in front of you. This means that nobody can surprise you from behind or ram you from the sides. Instead, it's totally fair game. Of course, you can still bump into each other of course (it's part of the Rocket League charm after all).

As we mentioned, it's quite easy getting used to this point of view. The controls are a bit different of course but it goes hand-in-hand nicely with this camera view. Camera angles are more important in gaming than you might think and this is one that definitely speaks to the game's overall style.

0/3
Next Up :
Super Mombo Quest: A few tips to smash your way through levels