Is Rocket League Sideswipe any good? Let's find out

How does the game work?

Unlike the original Rocket League, in Sideswipe, the movement of cars is restricted to two dimensions, meaning the vehicles can only go forward or backwards. And since you will be playing from a side-scrolling viewpoint, the name 'Rocket League Sideswipe' becomes much clearer.

Regardless, the core concept remains the same. Two teams play against each other to score maximum goals in the given time. Each match lasts 2 minutes, and in case of a tie, overtime is given where the first team to score a goal wins. A slight detail that's worth noting is that, unlike its PC counterpart, the team consists of two players and not three. 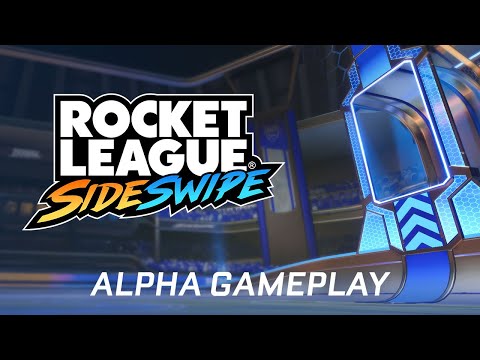 On the left side of the screen, you get a 360° touch screen joystick, which lets you control your car's movement and direction (Up, down, left and right). On the right side, you get a boost and jump button. That's pretty much it.

The game does not have any customization options for the controls, which I think is a must-have feature, and Psyonix should consider adding it to the game.

Rocket League Sideswipe is a true free-to-play mobile game with no-nonsense. I really like the way Psyonix has monetized the game. There is a premium currency with which you can buy decorations for your car, but it won't affect the performance. Furthermore, the game provides enough items as you progress for free as well.

You can customize your tires, paint, skin, boosts, and even the explosion animation that plays out when you score.

Rocket League Sideswipe offers both offline and online modes. The offline mode is called 'solo .' There are three types of solo mode. They are Freeplay, Exhibition, and Tutorial. Freeplay is where you can practice alone. Meanwhile, in Exhibition, you get to play against a bot, and lastly, the tutorial obviously teaches you the basics of the game.

As for the online mode, it's called 'Competitive play .' Again, there are three types of competitive play. They are Duel, Doubles, and Hoops. Duels is a 1v1 setup, Doubles pits you into a 2v2 match, and Hoops is also 2v2, but instead of car soccer, it's basketball.

I was very disappointed that Psyonix did not bring the whole Rocket League experience to mobile. But after playing Pocket League (oh wait, I mean Rocket League Sideswipe), my views have changed. It's a super fun game that comes loaded with great music, gameplay, graphics, sound and style. What else do you want?

It feels like Psyonix is pushing it as a mix of a casual and competitive game. But I personally see it as only a casual game where you grab a friend and jump head on to the soccer field with your customised, insane-looking cars.

Rocket League Sideswipe is sure to grab a lot of attention when it is launched. But will it be able to retain players in the long run? Only time can tell.

Also, check out our list of Top 25 best racing and driving games for Android phones and tablets
Next Up :
Is Apple Arcade worth it and how can you cancel your Apple Arcade subscription?