Learn coding and design skills by building your own ship

Roblox has proven to be one of the most popular creation games out there, raking in over 100 million downloads on Android alone and sitting pretty at number three in the adventure genre on the App Store. Now they've teamed up with another insanely popular franchise in Star Wars ahead of the upcoming Rise of Skywalker movie.

This team-up will be called the Galactic Speedway Creator Challenge and is part of Roblox's annual Winter Creator Challenge that aims to help young players learn important coding and design skills for making their own Roblox games. In this case, they'll be learning how to design and race their very own spaceship.

There will be a series of lessons with all the tools provided for players to build their own spaceship. Once they've built it they'll be able to take it out on the racetrack to test their mettle against other players. Here they'll be able to earn limited-edition virtual items seen in the movie. 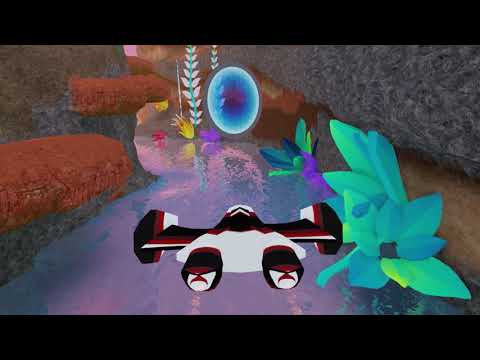 To complete this Creator Challenge you will need to have Roblox Studio on PC, which is available for free, this cannot be done on mobile. However, once you've unlocked the various virtual items on offer you'll be able to enjoy them across all platforms including iOS and Android. The only exception will be Kylo Ren's Reforged Helmet which will be made available to everyone for free irrespective of completing any lessons.

The challenge will run from 19th November until January 6th giving players plenty of time to complete the various lessons to build and race their own Star Wars spaceship.

Roblox is available now on PC, the App Store and Google Play. It's a free-to-play game with in-app purchases.

Nominate your Game of the Year for the Pocket Gamer People's Choice Award 2020.
Next Up :
Three Kingdoms: Legends of War is officially out now on Android and iOS

Anime Battle Simulator codes for free items and summons (May 2022)

Slayers Unleashed codes for breathing rerolls and more (May 2022)