Dreamotion’s sequel to its PvP-oriented strategy game Road to Valor: World War II is out now. With the latest entry, they’re taking it way back in time to a high-fantasy setting with the next game in the series, Road to Valor: Empires. While generally speaking a lot of the gameplay mechanics from World War II will carry over, Empires introduces everything from new units to new maps to a few new forms of play as well.

The gameplay of the Road to Valor games is very interesting, as there are few other titles that I could reasonably compare it to. Given the structure of the game, in which you begin on one side of the map and your opponent on the other, you send enemies at one another through a lane-based system, utilizing your deck of units and abilities to beat out the waves they send your way. It’s not too far off to say it’s like a MOBA such as Wild Rift. Though, it does also remind me quite a bit of the PvP strategy game Guns Up! as well. 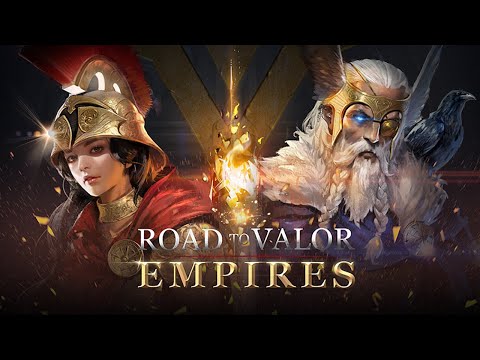 Regardless, Road to Valor: Empires follows this same structure as its sister title, though this time those units are ancient medieval soldiers with fantasy liberties taken instead of World War 2 soldiers. Currently, Empires features 3 different nations you can play; the Romans, Persians, and Normans. In all three combined, there’s a total of 3 different “guardians” you can play, or commanders, alongside 60 different unit combinations, so there’s a lot of room for planning out your team’s deck of units and abilities.

So, whether a fan of the World War 2 Road to Valor or just a fan of PvP strategy games in general, Empires looks to be a safe bet for you. If you’d like to give it a go yourself, you can find it for free on the App Store and Google Play.

Looking to team up with (or against) other players across the globe? Check out our Top 25 best multiplayer games for iOS!
Next Up :
Banana Kong 2, the sequel to the 10-year old endless runner, releases later this Summer