The latest fantasy RPG, Rite of King's open beta test, is now available on Android and iOS. It's a tactical RPG developed by Andrews Studios.

Introduction to Rite of Kings

Rite of Kings is a fusion of a card and an action RPG. As with most card games, you will manage cards that hold unique powers to attack your enemy. You assemble your deck with limited cards that synergise with your heroes and strategically play them when required. The goal is to defeat your enemies and reach the ultimate boss. The plus point is that it follows an actual story, which keeps it from being repetitive and boring.

The story goes like this: A peaceful world named Erisa is suddenly thrust into darkness. Evil forces rose from the shadows, whispering in the people's ears and twisting their minds so they rebelled against their kingdom. The peaceful world turns into a chaotic one, and with the king dead, it's now in the hands of his only son Jin - who you will play as - to bring back the peace. 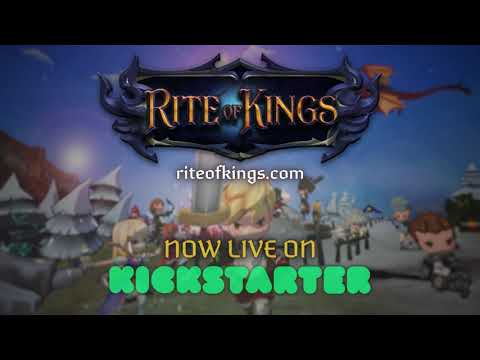 Currently, Rite of Kings features an interactive story mode, 14 novel playable heroes, 74 unique cards, challenging events such as Void, Dungeons to gain resources quickly, and much more. You will also get a daily bonus and additional rewards for the first seven days to help speed up your progress.

Open beta test means it's available for everyone to download and try. It is still in development. Hence, the developers will value any feedback about bugs, problems, or suggestions to improve the game. If interested you can get it from Google Play or Testflight.

The developers have also confirmed that 20 more heroes and 100 more unique cards will be added along with 2-4 player dungeons, 2v2 arena, guilds and guild bosses, seasonal and limited events in the next update. Rite of Kings will reveal more of its content with each update.

Interested in RPGs? Check out our list of the Top 25 best RPGs for Android phones and tablets.
Next Up :
Magic and Legend: Time Knights is an action platformer that's out now on Game Boy and Game Boy Color

Awaken Legends: Idle RPG - A beginner's guide to getting started