Build your dream kingdom from scratch

Rise of Kingdoms is a very familiar name in the world of mobile gaming. You may have probably plenty of ads for this empire-builder. It's a strategy experience where you grow and rule a city. It will give similar vibes to classic games like Sid Meier's Civilization.

Rise of Kingdoms boasts beautiful colours, dynamic weather and time of day, among other things. But, during your humble beginnings, you will choose which country you want to lead. Each one has its benefits so keep that in mind if you haven't fired the game up yet but if you did, then I'm sure you chose wisely. Frankly, there's not really a bad choice here.

From there, you start with a small village and begin to build things up. You'll be able to recruit soldiers to help defend your city and gather resources from areas outside the village. You also need to make sure you're feeding your town by growing crops. This keeps folks happy as you can imagine.

Grabbing wood is another important task to carry out since this is how you create buildings. The good thing is that you can grow the crops and collect wood in the comfort of your city as sending your army outside can be slightly dangerous. However, there will be times when you need to grab a large number of resources (like wood) on the outside so keep that in mind. Here are a few other tips for you in this big strategy game. 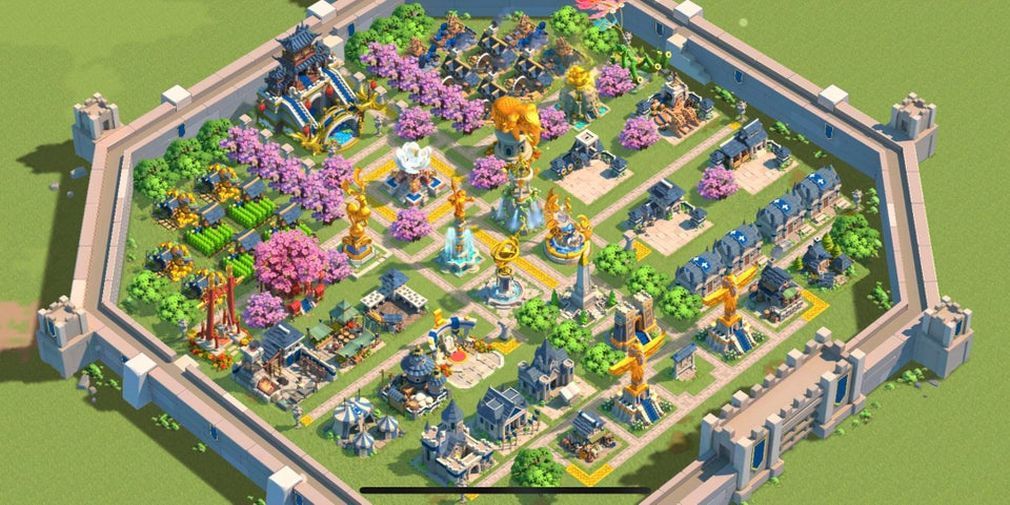 When playing Rise of Kingdoms, it's all about creating your empire, as we mentioned already. When building and upgrading things though, it can take a little bit of time for them to complete. Sometimes it can be just 15 or 20 seconds but sometimes much longer depending on how big the upgrade is.

One great thing these red gems can do is speed up the upgrading process by instantly completing them. This is very helpful and can make shifting your focus to other things a bit easier. Having that extra peace of mind is always a plus in the game.

Another way to grab some gems would be through the list of RoK redeem codes that we have.

The great thing is that you'll start off with a lot of gems so that really comes in handy. Just be careful once you start to get low. The start of each upgrade will max at 6 gems before you'll need to update your City Hall. After that, the price will rise as you can imagine. But enjoy the speedy builds early on.

Tip #2 - Make use of The Research Building

This is something that they will remind you of in the game but, once you level up your City Hall to the Bronze Age, you'll unlock the ability to build a Research building. This is a good structure to have because it'll make gathering resources easier.

The big brains at this building will get to work and discover new ways to gather things and how to get more of them. You'll be able to upgrade the building, which will open up new research opportunities. Some of the things can bring more food for your civilians and troops among other things.

And so, instead of being able to gather only so much food, you'll have an opportunity for much more. Upgrading your Storage building is also a good idea. This will be a place where your woods and grub will be stored and upgrading this expands the capacity. So both of these buildings essentially go hand-in-hand.

Ahh, yes, now the fight begins in Rise of Kingdoms. You'll get a sample of fighting in the tutorial, but once you build an army, you are free to explore and battle it out with barbarians. There will be several different groups roaming around the lands, each with their own level.

The key thing here is ensuring that you're fighting a group at your proper skill level. You'll see your share of barbarian groups that are five or more levels above you. The game itself will remind you to avoid the higher leveled gangs as you'll probably see your army get decimated if you engage.

Taking down barbarians can net you a nice chunky haul of rewards, including gaining some of those precious gems we talked about earlier. But you essentially get a little bit of everything. Food, resources, and gems when defeating them so it's worth the fight. Just make sure once again that you're starting off with a lower-leveled group of these brutes. We hope that our guide and some of the Rise of Kingdom tips will help you achieve greatness. Oh, and if you're not sure which RoK city layout you should use, we have more than a few ideas from other players!

0/3
Next Up :
Star Wars Galaxy of Heroes: Best Teams