Yostar Games is celebrating 100 days since the official launch of Revived Witch with an in-depth documentary titled “The Untold Story Behind Revived Witch”. Hitting the 100-day milestone is no easy feat, especially in the saturated market of gacha games today. The pixel-art RPG on mobile, however, has reached more than a million downloads since it was first released - and it's not stopping any time soon.

In Revived Witch, players take on the role of the titular witch who wakes up in a strange forest with no memory of her past. They'll navigate through a mysterious castle and embark on a journey through chaos and order, meeting a colourful cast of characters along the way. The game boasts old-school map exploration reminiscent of the good ol' days of RPGs, with a lovely soundtrack and gorgeous character art to boot. 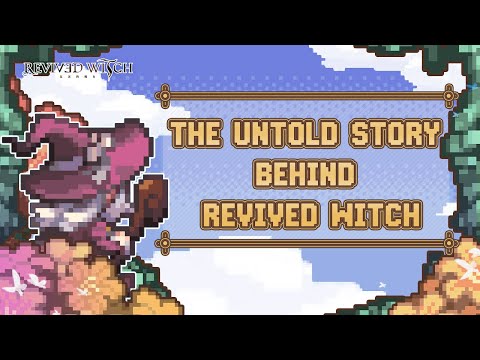 The 100-day festivities include a walk down memory lane to see how Yostar Games and PixelNeko came together to craft the popular RPG. "Yostar Games has always been committed to providing good content for the global gaming community. The pure affection and perseverance presented by PixelNeko are in the same spirit as that of Yostar Games," says Yostar's official press release. "For PixelNeko, it’s the love of their game that’s expressed by the players, and getting feedback from these players that they cherish most."

If you're eager to join in on all the festivites, Revived Witch is available to download on the Google Play Store for Android devices and on the iOS App Store. It's a free-to-play game with in-app purchases. You can also visit the official website to stay updated on all the latest developments, join the community on Twitter, or have a look at the documentary above to know more about how the game came to be.

Are you on the lookout for more role-playing games that will put your skills to the test on your mobile device? Why not take a gander at our list of top 25 best RPGs for Android phones and tablets?

Next Up :
Well-Beings: Wellness for Kids is a mobile game that helps children articulate emotions, with proceeds of the Switch version donated to charity